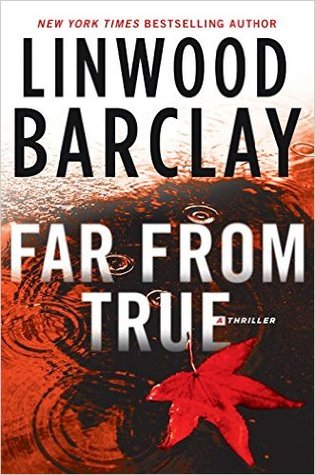 After the screen of a run-down drive-in movie theater collapses and kills four people, the daughter of one of the victims asks private investigator Cal Weaver to look into a recent break-in at her father’s house. Cal discovers a hidden basement room where it’s clear that salacious activities have taken place—as well as evidence of missing DVDs. But his investigation soon becomes more complicated when he realizes it may not be discs the thief was actually interested in….

Meanwhile, Detective Barry Duckworth is still trying to solve two murders—one of which is three years old—he believes are connected, since each featured a similar distinctive wound.

As the lies begin to unravel, Cal is headed straight into the heart of a dark secret as his search uncovers more startling truths about Promise Falls. And when yet another murder happens, Cal and Barry are both driven to pursue their investigations, no matter where they lead. Evil deeds long thought buried are about to haunt the residents of this town—as the sins of the past and present collide with terrifying results.

Review: I was very intrigued by this book when I discovered the synopsis but I did not pay attention that it was a second novel.

The novel takes place after a terrible incident: the explosion of a drive-in and the death of several people crushed with it. But then other problems come up, other things that may well be related to this story, although nobody understands what may have happened or even the identity of the culprit.

I found this novel really intriguing! The story is fascinating and keeps us in suspense. We try to understand who may have wanted to drop this drive-in and when other elements are added, we start to doubt all the characters. Many things and intrigues are mixed up throughout the novel and if it’s a little complicated to manage everything, but things connect little by little. However, I think it would have been necessary to get into the first volume to understand a little better what was happening and especially the stories of the characters. Yes, because there are a lot of protagonists and it was complicated to situate them all, which was not necessarily that simple for me.

Although I think it was important to read the first volume, I really had a great time with the story. I still have lots of questions and I am very curious to read more (as well as the first one) because many things have been initiated!

13 thoughts on “Far From True by Linwood Barclay”