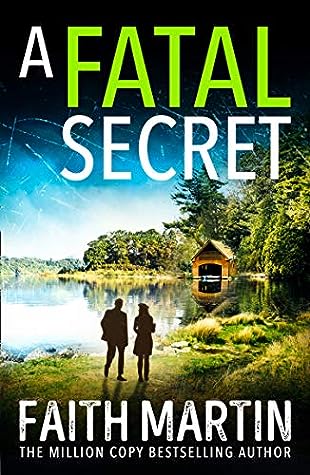 A family day out at Briar’s Hall ends in tragedy when a young boy goes missing – and his body is found at the bottom of a disused well in the orchard.

It looks like a simple case of an eleven-year-old exploring where he shouldn’t: a tragic accident. But Coroner Clement Ryder and Probationary WPC Trudy Loveday aren’t convinced. If Eddie had been climbing and fallen, why were there no cuts or dirt on his hands? Why would a boy terrified of heights be around a well at all?

Clement and Trudy are determined to get to the truth, but the more they dig into Briar’s Hall and the mysterious de Lacey family who live there, the murkier things become.

Could it be that poor Eddie’s death was murder? There are rumours of blackmail in the village, and Clement and Trudy have a horrible feeling that Eddie stumbled on a secret that someone was willing to kill for…

Review: I really enjoyed the first three volumes and was looking forward to the following adventures of Clement and Trudy.

The body of a child was discovered in a well, dead after an Easter egg hunt. But now, if this death is considered accidental, the owner of the mansion comes to Dr. Clement Ryder to ask him to reopen the investigation, because he is convinced that the child was murdered.

Trudy and Clement team up again to find out what happened. In a small town, everyone is hiding secrets and figuring out the truth won’t be easy. Danger is closing in and maybe Trudy won’t escape so easily this time.

This was a good sequel and I was thrilled to see the characters again. The story is interesting and I wasn’t expecting this ending at all. Trudy and Clement’s side stories are also interesting and I’m curious to see how it will develop.

A very good sequel, as always!

7 thoughts on “A Fatal Secret by Faith Martin”