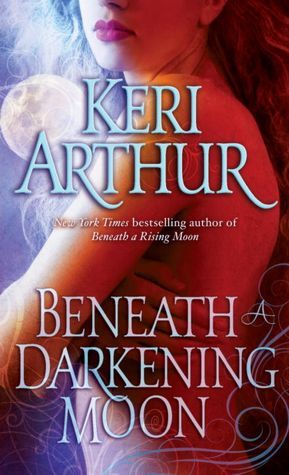 Synopsis:There’s no turning back for Neva Grant. To find a killer, she must seduce the boldest male in the Sinclair pack. Her twin sister lies in a hospital bed, fighting for her life, the fourth and only surviving victim of a vicious attacker. The werewolf rangers suspect the Sinclair pack, and the only way Neva can infiltrate their close-knit ranks is to unleash the wildness within and offer herself to Duncan Sinclair.

Duncan’s appetite for women is legendary on the reservation. But when this new woman stirs his hunger, he finds his desire for her goes deeper than anything he’s ever felt before. When he realizes that she’s playing a game and he’s taken the bait, he is determined to push her to the breaking point. As Duncan and Neva engage in a dangerous dance, they must somehow find a way to join forces—before a cornered killer bites back.

Review: And if I tell you that I was sure that Keri Arthur had only written two series? I do know the Riley Jensen one as I’ve almost finished it and I’m also curious to start the other series in this same universe. When I discovered that the author had written another series about werewolves, and when I saw this gorgeous cover, I knew I needed to read it.
Neva‘s twin sister, Savannah was attaqued and since this event she is at the hospital, struggling to survive. Neva is now determined to find the killer that her sister was hunting to make him pay for what he did to her family. Even if for that she must deny everything she believes in and must enter a whole new world. However, she has to keep it secret from her parents for fear of their reactionas they’re completely opposed to thekind of practice she intends to use. In fact, having read the records of her sister, she realizes they suspect the Sinclair pack, a very liberated pack on the margins of society. And the only wayto find the culprit is to infiltrate this pack that her family hates and what a better way than to seduce Duncan a sonof the alpha? I must say that our heroine had everything planned from the start, how to be chosen, how to dress, how to titillate his curiosity, but she had not expected that he would realizeit was a trap and that he could trap herselfby tying her to him for five days to see what happens. In addition to this, the murders continue and when our heroine tries to investigate about these events, and that Duncan thinks she‘s a spy hired by the killer, something is created between them little by little. Our Alpha Sinclairwill do everything to break her and learn hermotivations while our innocent heroinewill do anything to uncover the truth,even if her life falls apart a little more each time that she is close to Duncan.
I loved this novel and these two characters are a delight to follow.Duncan has a totallytwisted mind as soon as he decides that he wants the truth and Neva is just a naive girl looking for revenge. But she doesn’t know what she is doing, nor the rules of this world. Everyone has its own idea of ​​what is happening and they don’t share any information with each other. However, they will both evolve in this first novel, Duncan will understand that nothing is what it seemsand that he finally went too far in this quest,Neva meanwhile, will lose the innocence she had at first to realize that everything has consequenceson her life. But nothing is more important for her than Savannah.And when Duncan makes no effort to resist to their attraction, our heroine is determined to not let him do what he wants, she is determined to not play nice after what he had done to her.
This first volume is very addictive and I think this is the book by Keri Arthur I preferred. I readit in a few hours, unable to put it down and wanting to know more aboutthe adventures of our two protagonists. After a part of the book we know about the identity of the culprit but little about his motivations, we remain attentive to every detail. A very good book and I’m curious to read the secondone about Savannah now.