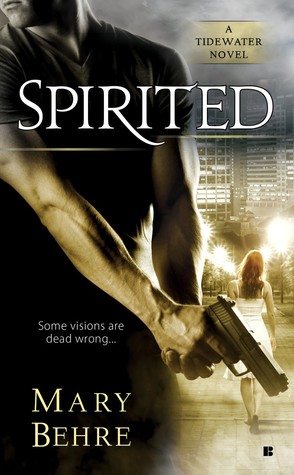 Synopsis: She’s running from who she is……

Review: I did not know anything about the novel but I admit that the mention of ghosts always interests me a lot. I was therefore eager to get into the story to discover this story about Seth and Jules.

Jules flees the person she is as her gift had destroyed her life so far. After moving with her adoptive parents, she decides that it’s time for her to start a new life and forget the whole spirits thing. Despite the hope of a normal life, it seems that nothing is possible, especially when the spirits ask for her help, and they do not take “no” for an answer. Indeed, at the beginning of the book the young woman is haunted by a being she does not know about and when she tries to go home, she finds herself in the living room of a man. This is where the real problems begin … oh yes because the owner, Seth, is a policeman and he is not very happy to be awakened at night by a young woman, although sexy, dressed like a prostitute . And when she begins to explain that her clothes are only due to a competition, that there is a good reason for her presence in the place, Seth wonders what exactly is happening. But as he falls under the spell of this woman rather eccentric, it seems that she is also a key figure in a murder investigation. He is convinced that she is not the killer, but it turns out that Jules is always found in bad places, calling the attention of the police but also of very unsavory people. Jules might be forced to participate more than she thought in this story that could cost her her life.

I was quite curious to understand who was behind the murders and while we suspect someone, I found that the author had managed perfectly to lead us where she wanted. The story has many twists situations that I did not see coming at all. Jules is a young woman in search of a normal life, which seems impossible and she will quickly understand why. She is very good at attracting disasters and although she knows to cope alone in most cases, the danger is growing increasingly. We also discover her past that has marked her so far and it is true that it was not really a very pleasant time for her. Seth meanwhile is immediately attracted by the very young woman, but her presence at the crime scene has made her a perfect suspect, thus preventing any relationship. But this attraction seems very difficult to forget while the two young people are willing to succumb.

I had a good time with this book and I took pleasure in discovering the first Mary Behre novel. I’m curious to see what she will present next. Jules and Seth are in any case two characters that I loved to discover about the situations in which they are found. It is a nice blend of mystery, romance and ghosts.

26 thoughts on “Spirited by Mary Behre”