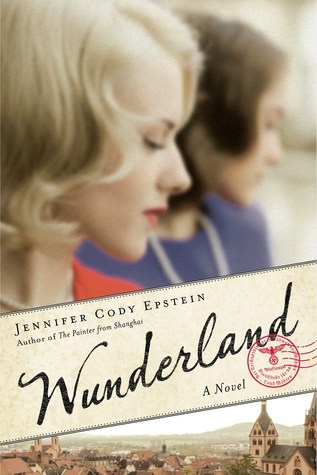 Synopsis: East Village, 1989
Things had never been easy between Ava Fisher and her estranged mother Ilse. Too many questions hovered between them: Who was Ava’s father? Where had Ilse been during the war? Why had she left her only child in a German orphanage during the war’s final months? But now Ilse’s ashes have arrived from Germany, and with them, a trove of unsent letters addressed to someone else unknown to Ava: Renate Bauer, a childhood friend. As her mother’s letters unfurl a dark past, Ava spirals deep into the shocking history of a woman she never truly knew.

Berlin, 1933
As the Nazi party tightens its grip on the city, Ilse and Renate find their friendship under siege—and Ilse’s increasing involvement in the Hitler Youth movement leaves them on opposing sides of the gathering storm. Then the Nuremburg Laws force Renate to confront a long-buried past, and a catastrophic betrayal is set in motion…

An unflinching exploration of Nazi Germany and its legacy, Wunderland is a at once a powerful portrait of an unspeakable crime history and a page-turning contemplation of womanhood, wartime, and just how far we might go in order to belong.

Review: I’m always very intrigued by novels set during World War II, and I was very curious about this one.

In this novel we follow the destiny of three women: Isle and Renate, two young best friends who are going to be separated by the war, one of Jewish descent and the other entering Aryan groups. It’s not easy, and it’s hard to see Renate alone, hated by everyone, while Isle rises to power. Interested in what she could become, Isle sweeps everything in her path, even if sometimes she can be lenient. And then there’s Ava, Isle’s daughter, a girl who hardly knew her mother, who was cold and distant. A mother who always refused to share her secrets. But now Isle’s dead, and Ava’s going to find out not only about her past, but about Renate’s as well.

It was a very touching novel, but also a very hard novel. Ava will finally face the past of a mother she didn’t know and discover revelations she didn’t expect at all. A very interesting novel to discover!