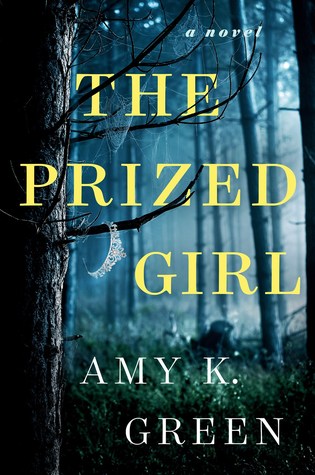 Synopsis: From debut author Amy K. Green comes a devastating tale of psychological suspense: a teen pageant queen is found murdered in a small New England town, and her sister’s search for answers unearths more than she bargained for.

Days after a young teenager named Jenny is found murdered, her small town grieves the loss alongside her picture-perfect parents. At first glance, Jenny’s tragic death appears clear-cut for investigators. In the murder of a former pageant queen from a safe and loving family, the most obvious suspect is a fan who got too close for comfort. But Jenny’s sarcastic, older half-sister Virginia isn’t so sure of his guilt and takes matters into her own hands to find the killer.

But for Jenny’s case and and Virginia’s investigation, there’s more to the story. Virginia, still living in town and haunted by her own troubled teenage years, suspects that a similar darkness lay beneath the sparkling veneer of Jenny’s life. Alternating between Jenny’s final days and Virginia’s determined search for the truth, the sisters’ dual narratives follow a harrowing trail of suspects, with surprising turns that race toward a shocking finale.

Review: I didn’t know the author, but I was immediately drawn to the abstract and was very curious to find out the truth about the murder of Virginia’s half-sister Jenny.

Virginia was never close to her family, let alone her mother-in-law and half-sister. But when the latter is found murdered and raped, Virginia feels the need to find out what happened. It won’t be easy, she will have to delve into her past that she tries to forget, but also into the secrets that her loved ones protect as much as they can. Finding an ally in the police, she will do everything she can to expose the truth. But as the number of culprits increases and everyone could have committed this terrible act, our suspicions shift from one character to another without ever really knowing who is responsible. And finally, right up to the end, the author leads us by the tip of her nose and I must say that I didn’t expect such an outcome!

It was a very good thriller and I had a really hard time letting go of the novel before I finished it because I was really curious to find out the truth. Virginia is a broken and completely disturbed woman and it was interesting to follow a main character like her. The chapters on Jenny were just as interesting, to see how this girl that everybody loved became a teenager with her own desires and did everything to become the person she wanted her to be.

7 thoughts on “The Prized Girl by Amy K. Green”