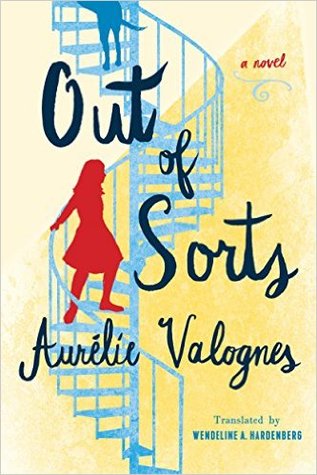 Synopsis: Ferdinand Brun hasn’t always been a grumpy old man. Many years ago, he was a grumpy young man. Now he’d much rather spend time with his canine companion, Daisy, than any of his nosy neighbors. But as his behavior becomes increasingly peculiar, his daughter grows concerned and begins to consider moving him into a retirement home.

In order to maintain his freedom, Ferdinand must submit to an apartment inspection by his longtime enemy, the iron-fisted concierge, Mrs. Suarez. Unfortunately, he’s never tidied up a day in his life. His neighbors, precocious ten-year-old Juliette and vivacious ninety-two-year-old Beatrice, come to the rescue. And once he lets these two into his life, things will never be the same. After an eighty-three-year reign of grouchiness, Ferdinand may finally learn that it’s never too late to start living.

Review: This is a novel I had heard a lot about. A friend of mine had been disappointed when she read it, but I was quite curious to see how it would be like.

At first I really wondered what I had gotten myself into, because I was having a hard time getting interested in the story, but after a few chapters, I really enjoyed following our hero.

Ferdinand didn’t have an easy life, but it has to be said that he is far from easy too. Since the death of his dog, he has lost his joie de vivre. That’s why he doesn’t want to take care of Juliette, a young girl who decided, overnight, to come and eat at his place for lunch because at the canteen, it’s really not good. This contact will change him and maybe allow him to see the world in a different way.

It was a very nice novel and I really had a great time with the story and the characters. A little nice read for a light moment.

7 thoughts on “Out of Sorts by Aurélie Valognes”