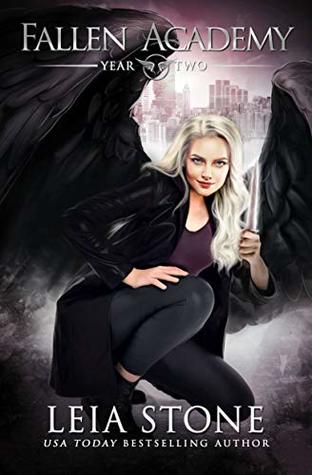 Synopsis: Family is everything to Brielle, so when she learns about an opportunity to free her mother from Demon City, she takes it. No matter how dangerous, Brielle will do anything to unite her family in Angel City. All is going according to plan, until her brother’s awakening ceremony. What he is… it shocks everyone, and he’s sent away until he can get his powers under control.

Then Brielle loses someone precious to her and goes to great lengths to get them back, lengths Lincoln doesn’t agree with. He thinks Brielle is too much of a risk taker, too wild, and all he can do is try his best to protect her. But with untold powers rising inside of her, Brielle might go to a place that no one can bring her back from. Not even Lincoln.

Brielle needs to learn to fight the darkness that threatens to take her over, because little by little, she’s losing her light.

Review: I had a great time with the first volume and I was curious to find out what happened next with Brielle and Lincoln.

Brielle has many things to deal with in this book: her brother has been beaten up and is moving to Angel City to await his ceremony, which may well hold a few surprises ; her mother finds herself in an increasingly untenable position ; and she has to deal with her demonic powers. But Brielle has a solution, at least for her mother: a competition is organized in Demon City, a fight, where the winner will be able to get back enough money. She could thus buy back her mother’s contract. Brielle is therefore ready to do anything to win!

I had a good time once again and I must admit that this cliffy at the end of the story is terrible! Now I’m very curious to know what’s going to happen! Our heroes are both going to have to face several tests here, things that will be far from easy but fortunately they are there for each other. And of course there are all the other characters too!