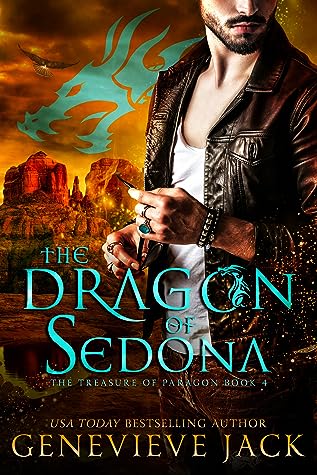 Synopsis: Darkness he can’t forget. Light he’s afraid to remember. Magic that could change everything.

Exiled dragon prince Alexander never recovered from the murder of his mate Maiara, an indigenous healer he met over three centuries ago. Every waking breath is a painful reminder of what he lost, his grief compounded by the constant presence of her immortal red-tailed hawk, bound to him since her death.

When three of his siblings arrive with news that he may be in grave danger, he secretly welcomes the possibility of a violent end to his torment. But as the four reminisce about how they came to know Maiara in the New World, they begin to see her life and death from a new perspective.

For the first time, the source of Maiara’s power is revealed and inspires a new but precarious hope. There may be a way for Alexander to be with her again, but his second chance for a happily ever after is risky at best, and at worst, could cost him the only thing he has left.

Review: I really like this series and I was really looking forward to this fourth volume featuring Maiara and Alexander.

Alexander has lost his desire for life since his girlfriend was killed more than three hundred years ago. Since then, he has been trying to die, but it is not that easy: the young woman’s immortal falcon prevents him every time. So when Rowan, Tobias and Gabriel, along with Nick and Raven, find him and tell him the truth about his mother, he finally sees a way to die. But Rowan is determined to save his brother, so she asks him to tell her Maiara’s story and his. A story that could well change his life… After all, why not bring Maiara back from the dead?

On top of all this, Aborella is determined to find the heirs and send them back to Paragon. Including Raven and her baby. Determined to manipulate Avery to find her sister, things aren’t going to be that simple.

It was a great volume once again and this terrible ending makes you want to know more! I wonder how our heroes are going to cope with everything that happens to them!

9 thoughts on “The Dragon of Sedona by Genevieve Jack”