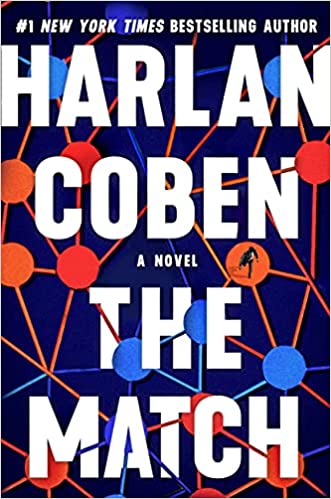 Synopsis: ‘At the age of somewhere between 35 and 45 – he didn’t know exactly how old he was – Wilde found his father …’

Wilde has grown up knowing nothing of his family, and even less about his own identity . All he knows is that, as a young child, he was found living a feral existence in the Ramapo mountains of New Jersey.

He became known simply as Wilde, the boy from the woods.

Now Wilde has had a hit on the DNA website he has been researching. A 100% match. His father. They meet up, and Wilde soon realises that his father doesn’t even know he had a son and is as mystified as Wilde is by his existence.

Undaunted, Wilde continues his research for his family on DNA websites where he becomes caught up in a community of online doxxers, a secret group committed to exposing anonymous trolls.

Then one by one these doxxers start to die, and it soon becomes clear that a serial killer is targeting this secret community – and that his next victim might be Wilde himself …

Review: I really liked the first volume, and I loved this second installment.

Wilde is back and this time we learn more about his past! Yes, because after depositing his DNA on a website, he is surprised to have a match with someone who seems to be his father. He is faced with a difficult choice: to go see him or pretend nothing happened. Unfortunately, the meeting does not go as well as expected. This website will also put him in touch with someone who seems to be one of his cousins and has disappeared: did he commit suicide? Did he run away? Wilde is determined to find out the truth and figure out what happened. The missing former reality TV star is suspected by the police in several cases and our hero would like to learn more. However, there are still many grey areas.

I had a great time with this novel. The author carried me along in the story. I was eager to learn more about Wilde, to finally know his past, to understand how he ended up in these woods. And the author reveals it all at the end of the book and I must admit that I was not expecting it at all.

I highly recommend this duology.

6 thoughts on “The Match by Harlan Coben”