The Waking Engine – David Edison
Welcome to the City Unspoken, where Gods and Mortals come to die. 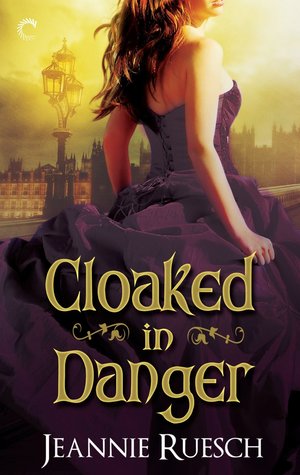 Cloaked in Danger – Jeannie Ruesch
Aria Whitney has little in common with the delicate ladies of London society. Her famous father made his fortune hunting archaeological treasures, and her rustic upbringing has left her ill-prepared for a life of parties and frippery. But when Gideon Whitney goes missing in Egypt, Aria must embrace the unknown—armed with only the short list of highborn men who’d backed her father’s venture, she poses as a woman looking for a husband. She doesn’t intend to find one.

Adam Willoughby, Earl of Merewood, finds London’s strangest new debutante fascinating, but when he catches her investigating his family’s secrets, he threatens to ruin her reputation. He doesn’t intend to enjoy it so much.

When their lustful indiscretion is discovered, Adam finds that he regrets nothing. But now, as her father’s enemy draws near, Adam must convince his betrothed that she can trust him with her own secrets…before it’s too late.