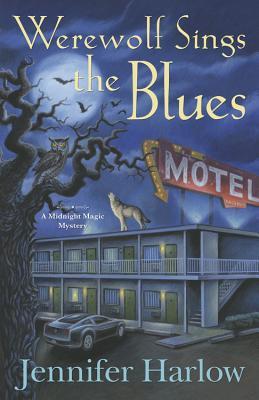 Synopsis: The last thing Vivian needs is to be thrust into a werewolf war

Review: I really liked the first novel, so I was curious to find out what the author has in store for us for this new volume. I admit that I did not pay attention to the synopsis, and it’s true that I was surprised not to find the following adventures of Mona at the beginning of the novel. But while I realized that we would follow Vivien this time, I was also surprised to see that the environment was also very different from the first one. You then imagine that I wondered for a long time how the two novels were connected, but it is ultimately something that we understand in the second part of the story. And yes! We also see Mona and even Adam, even if it’s not a lot.

Vivian is a young singer who is jaded by life. Moreover, she doesn’t have any pleasure anymore when she sings even if it is her whole life. But one day, here she is, followed by a strange man who saves her from a marshal when he tried to kidnap her. So now all of a sudden, her world is turned upside down. Her father, she does not know about, and who abandoned her a long time ago, is a werewolf, the alpha of his pack and he sent his beta Jason to help and bring her back to him, while he is in the midst of war. That the young woman is surprised is an understatement, and it will take some time for her to accept this truth and adapt, yet this does not change her feelings toward her father. But while they both go into the territory of the alpha, our two heroes will discover each other. And as Vivian knows that he is attracted to her, she is determined to have a good time with him. The problem is that the young man did not seem at all to agree! But throughout this journey she gets to know Jason and her father and although she struggled to cope with her ​​feelings, she discover a new family.

I loved Vivian, she is a young woman with a fiery temperament who is thrust into a world she never suspected to exist. Yet, despite this change, she will keep her stubbornness and does not hesitate to be strong when she needs to be (and I must say it is often required). And it was pretty funny to see her face Jason. He is the opposite of the young woman: musty, not very talkative and especially mysterious. For once the two do not fall madly in love with each other at first glance and at the same time I struggled to understand why Jason fled her that much especially when we see their attraction for each other. We understand the reason at the very end of the story but it is true that it does not prevent me to remain a little dubious over such a refusal. It was also nice to see Mona and Adam and even though it was very short, it was a real pleasure and I hope we will have the opportunity to see a little more next time.

A new good novel we can read fairly quickly and I am curious to try the next installment.

14 thoughts on “Werewolf Sings the Blues by Jennifer Harlow”