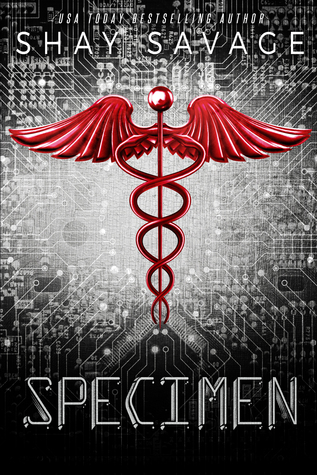 Synopsis: I awaken in a laboratory.
I don’t know who I am.
I’m inexplicably drawn to the doctor who cares for me. She tells me I’ve been altered, that I’m stronger and faster, that I’ll be a key component in a war between corporations. She says I volunteered for this. She says I volunteered to be transformed, but I have no way of knowing if what she says is true.
Something isn’t right. My memories have been taken, wiped clean, but dreams begin to slip into my conscious mind. I can’t let anyone know when that happens, or they’ll remove my memories again. Somewhere inside of me, I know I need to remember something important.
I’m fighting a war I don’t understand, and the one woman I rely on can’t be trusted.

Review: Specimen is a romance told from the male hero point of view.

Sten wakes up with amnesia in a laboratory. His doctor, Riley Grace, tells him that he was willing to be transformed into a super soldier. They spend all their time together, Riley testing him daily. Sten is under her control because of the drugs that are injected, he is desperate to please her and thinks only to make love to her.

However, Sten begins to dream of his past life and he does not say it to Riley, because he does not want his memory erased again. He begins to question his confidence in Riley.

Sex plays a large part in this romance (too much) because of the drugs, Sten can’t think of nothing else (but only with Riley). The dystopian side is interesting, the war that led to the creation of Sten is due to a lack of resources, but could have been developed a bit more. I thought I could give a rating of 3.5 but the end of the story is original and the note is therefore up to 4 stars!

10 thoughts on “Specimen by Shay Savage”