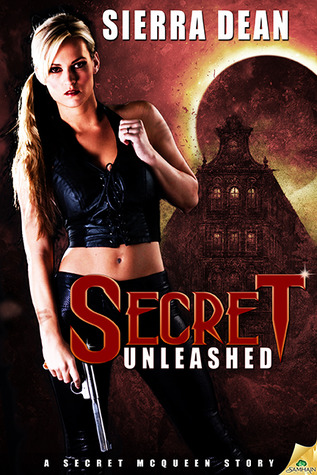 After her last mission tested the limits of her humanity and took her out of this world, Secret’s friends, determined to keep her safe from her old nemesis Alexandre Peyton, keep ushering her from one babysitter to the next.

Couch surfing would be a lot more fun if Alexandre would let up on her long enough to allow her to get in some alone time with her lovers. Including Holden, her self-appointed shadow.

As if living out of coffin isn’t bad enough, Secret literally brings down the house while hunting a rogue, causing the council to exile her from New York—for her own safety, of course.

With her list of people to trust getting shorter and shorter, Secret ends up embroiled in a mystery to find a vampire warden gone AWOL and a missing artifact. Things go from bad to worse when she falls into the hands of a man who will prove that humans can be the worst monsters of them all.

Warning: Contains a cross-country journey, an unexpected family reunion, heated lovers’ embraces and a hell of a lot of trouble.

The Fallen Kingdom (The Falconer, 3) – Elizabeth May

The long-awaited final book in the Falconer trilogy is an imaginative tour-de-force that will thrill fans of the series. Aileana Kameron, resurrected by ancient fae magic, returns to the world she once knew with no memory of her past and with dangerous powers she struggles to control. Desperate to break the curse that pits two factions of the fae against each other in a struggle that will decide the fate of the human and fae worlds, her only hope is hidden in an ancient book guarded by the legendary Morrigan, a faery of immense power and cruelty. To save the world and the people she loves, Aileana must learn to harness her dark new powers even as they are slowly destroying her. Packed with immersive detail, action, romance, and fae lore, and publishing simultaneously in the UK, The Fallen Kingdom brings the Falconer’s story to an epic and unforgettable conclusion.