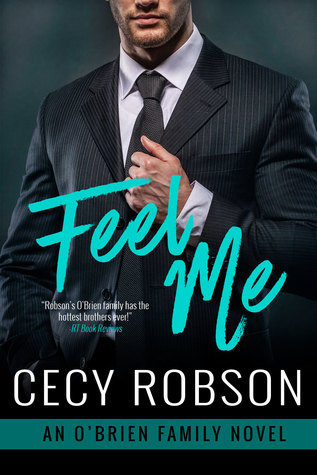 Synopsis: Declan O’Brien was always driven to take his place among Philly’s elite, working hard for everything he’s earned, including the title of Assistant District Attorney. He’s won seemingly impossible cases, so he’s furious when he’s assigned to lead the one unit he doesn’t want.

Melissa Fenske was born hearing impaired to a neglectful mother, finding solace when she was adopted by a young attorney, now Declan’s boss. As the current Director of Victim Services, Melissa’s livid when Declan is placed in the main unit she oversees. She can’t forget their disastrous first encounter. Or shake how he makes her feel.

Declan considers the assignment another step toward his political aspirations, despite that he can’t get Melissa out of his mind. Melissa sees Declan as egotistical and self-serving, kicking herself for how fast she’s falling for him. Someone as hot, smooth, and perfect as Declan isn’t supposed to want her.

In another situation with any other woman, Declan wouldn’t hesitate to take Melissa to bed. But she is the boss’s daughter, and for once, Declan finds himself wanting more than just a one night stand.

Neither counted on each other. Both just met their match.

Review: I love Cecy Robson and this series, like all the others, is always a treat to follow! I’m a little late but I was excited to get into Feel Me, the fourth volume of the saga.

We discover Melissa, a deaf young woman who really did not have an easy childhood and is now working with her adoptive father in the department of victims of abuse, mainly for women and children. But then, things will change when one day her father, sick, decides to retire and leave his place to Declan O’Brien. To say that Declan is not happy with this new assignment is saying a lot, especially as he wanted to be in the homicide department. But that is still a promotion and he hopes to evolve very quickly in this job.

The feelings between Declan and Melissa are quite difficult … Declan has always collected relationships but her new collaborator is different. It is difficult but sometimes touching to see them hesitate, to try without knowing what will happen. It is true that I really wanted to shake Declan so that he realizes the effect of his actions but it is also what will make him evolve and realize what he is doing exactly. Melissa is really sweet and her work with these women or children is really touching and especially important for her. She is a very strong person and despite everything that happens in her entourage, she tries to do everything she can to help others.

Our two heroes are going to have to deal with matters that you suspect will not be simple and I confess that I did not expect such turns of events. In short, once again the author has succeeded in taking me completely into her narrative and I can only advise you to try the books!

22 thoughts on “Feel Me by Cecy Robson”