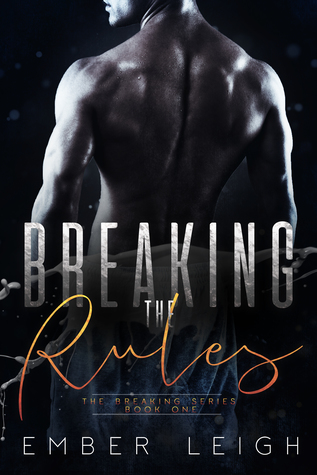 Synopsis: It was only supposed to be a fling…

Successful owner of Holt Body Fitness, Travis Holt has one thing on his mind: winning his upcoming fight. Amped up on adrenaline and machismo, Travis is the favored competitor. Nothing can throw him off his game. But when his best friend’s kid sister rolls back into town, all bets are off. The meek and sweet little girl has grown into a woman that Travis cannot resist.

Moving back to LA isn’t exactly what Amara Valenzuela wants in life. After all, the life she left was full of flirtation, fun, and flings–all without the watchful eye of her overly protective big brother. But when her mother gets sick, Amara knows that she must be there for her family. Reconnecting with Travis Holt is just a bright light in her dismal relocation.

As Amara starts training at Holt Fitness, one thing is certain: Travis and Amara can’t deny their attraction. In a room full of hot, hard, sweaty bodies, these two have more than fitness on their minds. Travis knows the rules; Amara is off limits. Frankly, Amara is sick of letting her big brother call the shots. She wants Travis for a night of passion and pleasure–whether her brother likes it or not. Will the undefeated MMA fighter be strong enough to resist the charms of his best friend’s sexy and sweet little sister or will trying to win her heart be the showdown of his life?

Review: I’ve read two of the author’s novels, but in light romance genre, and when I saw this series, I was curious to see what it was like.

Travis is a famous MMA fighter and he just realized his dream by opening his gym. All was well in the best of worlds until Amara, his best friend’s sister, came to town. But Eddie is overprotective of his sister, and he’s made it clear to everyone that she’s off-limits. After resisting for a while as best they could, Travis and Amara can no longer stay away from each other. But what if Eddie finds out? And especially what to do when Travis feels he’s falling for her while she does everything she can to avoid the same feelings.

It was a nice novel, and I had a great time with the characters. The setting of MMA is interesting and different so I really enjoyed it. Yes, it was a nice novel and I’ll be curious to read the rest now to find out the story of the other protagonists.

11 thoughts on “Breaking the Rules by Ember Leigh”