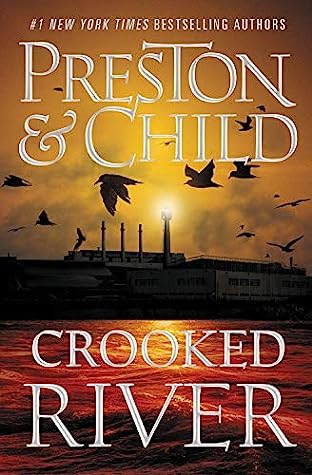 Synopsis: #1 New York Times bestselling authors Doug Preston and Lincoln Child return with their next blockbuster Pendergast novel as he and Junior Agent Coldmoon race to uncover the mystery of several blue-shoe-clad severed feet found floating in the Atlantic.

Dozens of identical blue shoes are found in the ocean off the southwestern coast of Florida, all with a severed human foot inside, all exhibiting unmistakable signs of violence. They appear out of nowhere one day, floating in on the tide.
Called off the tarmac from his return flight back to New York City, Pendergast reluctantly arrives on Captiva Island and is quickly drawn into the mystery. A preliminary pathology report indicates the feet were wrenched from their bodies in the crudest of ways. As the days continue, more wash in until the number tops one hundred.
Soon, Pendergast and his partner, junior agent Coldmoon find themselves squaring off against an adversary more powerful and deadly than they’ve ever encountered.

Review: It’s a series that I like very much and I was happy to launch into this nineteenth volume.

Pendergast, on vacation with Constance, didn’t expect his hierarchy to show up at his door to offer him a new case. A hundred severed feet showed up on a beach and no one understands what could have happened. If the local police are willing to do anything to stop our hero, he is determined to find out what is going on. Yet this case may be bigger than what he thinks, because the more he looks, the more he realizes that danger is lurking on his doorstep. Tracked down, Pendergast will do everything in his power to discover the truth, while Constance tries to understand the mystery surrounding the house in which they live and which is said to be haunted.

It was a great new volume that kept me on the edge of my seat all along. I was really curious to find out the truth, and what a truth, because I wasn’t expecting it at all! It was a mysterious volume, full of action and intrigue and I was really excited to find out more. I’m always very impressed with the two authors’ ideas for our hero and I can’t wait to read more, as usual!