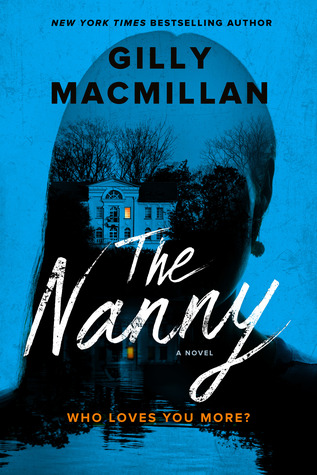 Synopsis: When her beloved nanny, Hannah, left without a trace in the summer of 1988, seven-year-old Jocelyn Holt was devastated. Haunted by the loss, Jo grew up bitter and distant, and eventually left her parents and Lake Hall, their faded aristocratic home, behind.

Thirty years later, Jo returns to the house and is forced to confront her troubled relationship with her mother. But when human remains are accidentally uncovered in a lake on the estate, Jo begins to question everything she thought she knew.

Then an unexpected visitor knocks on the door and Jo’s world is destroyed again. Desperate to piece together the gaping holes in her memory, Jo must uncover who her nanny really was, why she left, and if she can trust her own mother…

In this compulsively readable tale of secrets, lies, and deception, Gilly Macmillan explores the darkest impulses and desires of the human heart. Diabolically clever, The Nanny reminds us that sometimes the truth hurts so much you’d rather hear the lie.

Review: I was curious to find out more about this novel by reading the summary and I can say that had a great time.

After her husband’s death, Jocelyn returns to her mother’s house with her daughter Ruby to try to turn around and move on. But Jocelyn has never been close to her parents, especially her mother with whom she has a very tense relationship. So this return is really not easy. And things are about to get worse when Jo discovers a human skull in the lake at home. This discovery coincides with the return of Hannah, her former beloved nanny, who disappeared overnight. Yet Hannah seems to be hiding a secret, and her mother and daughter hate her. Jo doesn’t understand these reactions, after all, she was like a mother to her when she was little.

It was really a very intriguing novel and I have to admit I didn’t see that end coming. This story is about a girl who hides many secrets that are about to be revealed, which will turn everyone’s life upside down.

6 thoughts on “The Nanny by Gilly Macmillan”