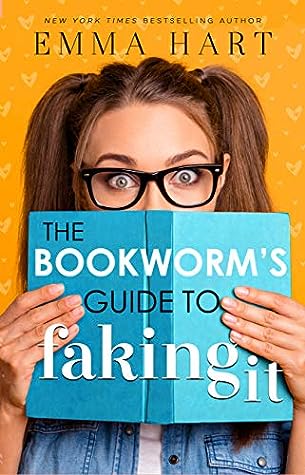 Let it be known that I, Holley Stuart, do not give a single rat’s behind about pro baseball’s star pitcher Sebastian Stone.
I definitely don’t care that he’s standing in my bookstore.
Nor do I care that he seems to have forgotten about the last time we saw each other—senior prom, when he both humiliated me and broke my heart, albeit unknowingly.
Now, he needs a date to his sister’s wedding.
Don’t ask me how I ended up being it, because I have no idea. But that’s the least of my problems.
His grandfather is adamant we’re dating, and Seb isn’t in a hurry to convince him otherwise, so I have no choice but to go along with it.
The problem? The only thing I’ve ever faked is… well, you know.
I’ve definitely never faked my feelings for someone.
And judging by the way I feel whenever Seb looks at me, it doesn’t look like I’m starting now.

Review: I like the author very much and after having had a good time with the first volume, I was curious to discover Seb and Holley story.

Several years ago, at the prom, Seb humiliated Holley by kissing another girl and since then they have never spoken to each other again. But what Holley doesn’t know is that Sebastian thought she was the woman he was kissing and that the identical dress the two women were wearing misled him.  Today, Seb is back in town due to an injury and he is determined to put the young woman back on the hook! He starts by offering to accompany him to her sister’s wedding.

It was a very nice little novel. Humor, endearing characters and of course funny grandparents! It was a pleasure to discover the two characters and I am quite curious about the third and last volume now.