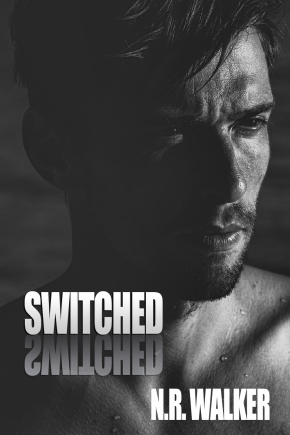 Synopsis: Israel Ingham’s life has never been easy. He grew up in a house devoid of love and warmth. Nothing he ever did was good enough. The fact Israel is gay just added to the long list of his father’s disappointments.

Then a letter from Eastport Children’s Hospital changes everything.

A discovery is made, one of gross human error. Twenty-six years ago two baby boys were switched at birth and sent home with the wrong families.

Sam, Israel’s best friend, has been his only source of love and support. With Sam beside him every step of the way, Israel decides to meet his birth mother and her son, the man who lived the life Israel should have.

Israel and Sam become closer than ever, amidst the tumultuous emotions of meeting his birth family, and Sam finds himself questioning his feelings toward his best friend. As Israel embraces new possibilities, he needs to dissect his painful relationship with his parents in order to salvage what’s left.

Because sometimes it takes proof you’re not actually family to become one.

Review: I’m not really a fan of M/M novels, but when the opportunity arose to read this novel, I thought it was time to discover the author and to try another novel of this genre. I must say that I was pleasantly surprised. It was a very nice novel indeed!

Israel did not have an easy life. His relationship with his parents is more than tense and difficult. In fact, they never failed to remind him that he was a disappointment to them. Luckily for him, Israel has always had his best friend by his side. His family has accepted him as one of their own. So when he learns that he was switched at birth, his whole life is turned upside down and at the same time, it finally makes sense, because he never felt like he belonged.

I loved following Israel, he’s a fragile boy, but he’s also very strong and he tries to move forward as best he can. Sam is his rock and we hope throughout the story that they finally admit their feelings. Our hero is going to discover a new family, people very different from his parents and then, maybe, a way to move forward, to face his fears and to be happy at last!

Yes, it was a very beautiful novel that I highly recommend!

10 thoughts on “Switched by N.R. Walker”