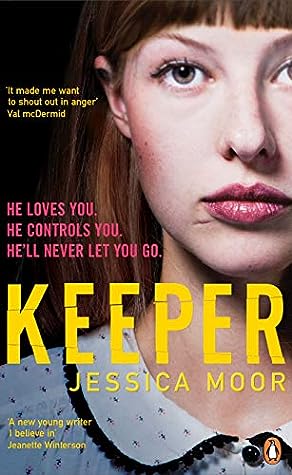 Synopsis: He’s been looking in the windows again. Messing with cameras. Leaving notes.
Supposed to be a refuge. But death got inside.

When Katie Straw’s body is pulled from the waters of the local suicide spot, the police decide it’s an open-and-shut case. A standard-issue female suicide.

But the residents of Widringham women’s refuge where Katie worked don’t agree. They say it’s murder.

Will you listen to them?

Avis : I’m always on the lookout for new thrillers or crime novels and when I came across this one, I was curious to learn more about what would happen.

Katie, a young woman who works at a shelter, is found dead in the river. Suicide or murder? The police are investigating to try to figure out what happened, but it’s not that simple. The women in this shelter are not in easy situations and this death could well turn their lives upside down.

This novel alternates between Katie’s past and the present of the investigation, as well on the the women of the shelter. An investigation to figure out what happened.

The idea is nice, it wasn’t what I expected. The pace is quite slow and the past was more interesting to follow than what was happening in the present for me.

So it was an enjoyable read, but I was expecting more, I’m still a bit mixed in the end.

8 thoughts on “Keeper by Jessica Moor”