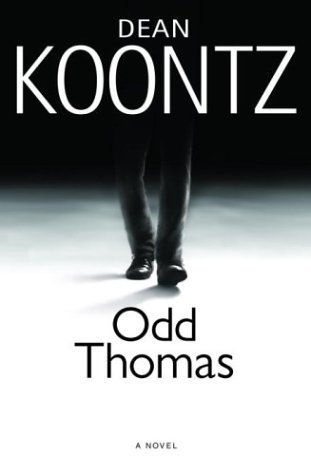 Synopsis: The dead don’t talk. I don’t know why. But they do try to communicate, with a short-order cook in a small desert town serving as their reluctant confidant. Sometimes the silent souls who seek out Odd want justice. Occasionally their otherworldly tips help him prevent a crime. But this time it’s different.

A stranger comes to Pico Mundo, accompanied by a horde of hyena-like shades who herald an imminent catastrophe. Aided by his soul mate, Stormy Llewellyn, and an unlikely community of allies that includes the King of Rock ’n’ Roll, Odd will race against time to thwart the gathering evil. His account of these shattering hours, in which past and present, fate and destiny, converge, is a testament by which to live—an unforgettable fable for our time destined to rank among Dean Koontz’s most enduring works.

Review: I’ve had this novel for a while. I couldn’t even tell where I got it. But finally, I got around to it.

I don’t know why, from the cover, I thought it was a thriller. Also, I was surprised to see ghosts, but it was a nice surprise.

Odd has an ordinary life, but also an unusual one: he works in a classic restaurant but he also sees ghosts! He tries to help them, but it’s not that easy. And when he decides to follow Mr. Mushroom, his whole life will be turned upside down.

I thought the ideas were nice, but I had a little trouble staying in the story the whole time. I did reconnect towards the end of the book. I found out that there was a movie that came out in 2013 that I haven’t seen. I’m pretty curious to find out because it seems to follow the story pretty well.