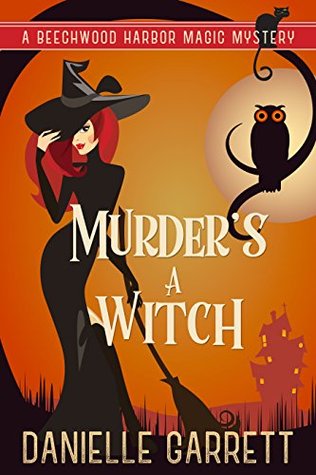 Synopsis: Holly Boldt has a secret.

Well, technically, she has lots of them. After a scandal uproots her entire life, she is forced to relocate to a halfway house for displaced paranormals. It’s her last shot for a fresh start. But keeping secrets isn’t easy in a town that goes through gossip faster than tissue paper, even for a powerful witch.

When a grisly murder rocks the small town of Beechwood Harbor, Holly finds herself unwillingly entangled in the investigation. With everyone watching, Holly must solve the case before she’s forced to abandon her new-found home and live life as a witch on the run. But with a paranormal investigator tailing her every move, a civil war brewing between her vampire and shifter roommates, and her ghostly landlord on the edge of a breakdown, she can barely think in complete sentences. How is she supposed to track down a murderer?

Holly has to make it work, or risk losing everything … again.

Review: I’ve heard a lot about this series and was curious about this first volume!

Holly is a witch who had to leave her world after some transgressions to live on Earth. She isn’t happy about that! On top of that, she’s now living in an old mansion run by a stressed-out ghost, and where her roommates are a sexy werewolf, a vampire who dreams of winning a beauty pageant, and Garry, a terrifying man whose nature nobody knows. But here’s the thing: her new life is going relatively well and she’s even found a job at a coffee shop where one of her co-workers has become her best friend. That is, until she stumbles upon the dead body of her manager in the alley behind the shop… Worse than that, all suspicions are on her best friend! Determined to find out who’s responsible, Holly must team up with the town’s private investigator aka paranormal detective while hoping he doesn’t discover her secret. Not an easy task!

I had a great time with the novel and was curious to find out who the culprit was. I was also wondering what would happen with Nick, the detective and Adam the werewolf. I was a little dubious about one point of the investigation, but it wasn’t a big deal.

It was a nice cozy, the characters are great and I’m pretty curious to see them again in the sequel!

8 thoughts on “Murder’s a Witch by Danielle Garrett”