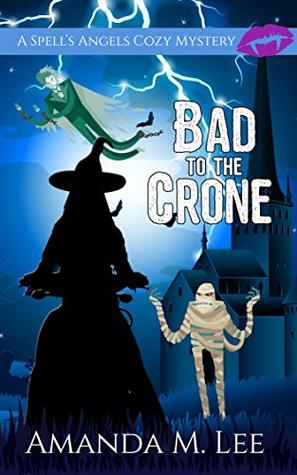 Review: Scout Randall is more than a witch on a motorcycle. She’s more than the magic she wields. She’s also a woman with a secret past that she can’t remember … a sarcastic wonder who acts before she thinks.
The one thing Scout knows with absolute certainty is that she’s got a purpose in life … and that purpose is fighting evil. That’s why she joined the Spell’s Angels, a biker group with offices all across the world. It’s because of the group that she finds herself in northern Lower Michigan, in a place called Hawthorne Hollow, where magic is out in the open and Scout finds her powers are constantly on display.
She was transferred to the town because they needed help, although no one will tell her what happened to the woman who held the position before her and she’s constantly distracted by the local denizens, including Gunner Stratton, a shifter with a history he would rather keep to himself.
Scout is determined to do her job … even if it means taking on the congregation of a local church with murky origins. It seems the dead are rising in Hawthorne Hollow and it’s up to Scout to figure out why.
She’s going to have to learn to trust her new co-workers – and a few random outsiders in the colorful town – on the fly because they’re all going to have to come together to take down an enemy that is strong enough to wipe Hawthorne Hollow off the map.
Get ready for adventure, because it’s going to be nonstop from here on out.

Review: I’m always in the mood for a good paranormal cozy mystery and I wanted a witches story ! So when I saw this novel, I thought it might check all the boxes. I didn’t really know the author or the series, but I gladly jumped in.

Scout Randall has no memory of her past, she doesn’t know who she is, but now she works for a supernatural agency. She is sent to a very small town to replace a vacant position. She didn’t choose it, she lost it at the short straw. But she didn’t expect to discover a dead body the first day she arrived. Determined to find out what happened, she will have to team up with Gunner, a man as irresistible as he is annoying. She will also have to face some of her past.

This was a pretty fun novel, even if it does have a few lengthes. I wonder when we’ll find out the reason for Scout’s amnesia, but also what will happen when she learns the truth. More on that in the next installment!

6 thoughts on “Bad to the Crone by Amanda M. Lee”