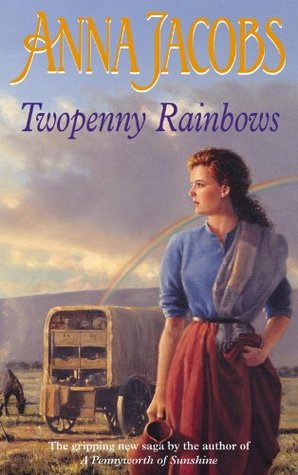 Synopsis: In 1863 the authorities send Irish orphans Ismay and Mara to Australia against their will. Worse, on arrival they’re separated from one another. While Ismay is forced to take a job as a maid, miles away in the country, Mara must stay in the care of the catholic mission. Desperate to be reunited, they both run away but Ismay soon runs into danger out in the bush. She is saved by Malachi Firth, but although he’s attracted to her, he doesn’t want to be encumbered with a wife. Meanwhile, their elder sister Keara has not forgotten them. However, she has had her own struggles to face and by the time she reaches Melbourne she finds that the trail is cold. Danger continues to threaten all three sisters. Will they ever find one another again?

Review: Ever since I read Kaera’s story, I couldn’t wait to discover the story of her sisters: Mara and Ismay. These poor little girls have not had an easy life and it is far from getting any better.

The two young girls are forcibly sent to Australia with the nuns. Ismay blames Kaera for everything that happens to them, which is not necessarily easy for the youngest, Mara. It’s even more difficult when the two girls are separated upon their arrival, and don’t know where the other is.

We follow several characters in turn as always and I loved following each of them. I was looking forward to the sisters getting together and the misunderstandings being explained… But nothing will go as planned and our heroines will have to face a whole lot of obstacles!

As always, I had a great time with this novel. I recommend the author and her series!