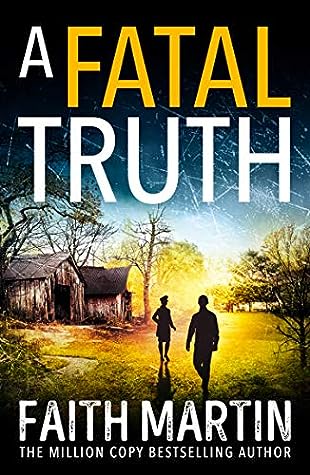 Synopsis: As the Hughes family celebrate bonfire night, a terrible accident leaves the garden shed in flames – and father and grandfather Thomas trapped inside.

Tragic though it is, Thomas’s death passes without suspicion – until a local journalist makes accusations of a police cover-up in the press. WPC Trudy Loveday is sent to investigate, and asks coroner Clement Ryder to help.

But the more questions the two ask the less clear the case seems. There’s no evidence of foul play, and yet the dead man’s family are obviously hiding something. Then there are Thomas’s dubious business practices – was someone out for revenge?

Review: How can I resist a new Loveday and Ryder novel?

The Hughes patriarch died in a fire. Everyone thought it was an accident. But a few months later, Duncan Gillingham writes an article explaining that it was not the case and that he was murdered. This story fascinated public opinion and the case was reopened. To try to calm people down, Jennings asks Trudy to lead the investigation. Although she is reluctant to get back together with Ryder, our young policewoman has no choice. And then, their duet is of the thunder! As always!

Our two heroes will have to investigate and question everyone to understand what happened, but the truth might surprise them. I have to admit, I wasn’t expecting it.

This was a good tome and I was excited to jump in. I can’t wait for the sequel!

4 thoughts on “A Fatal Truth by Faith Martin”