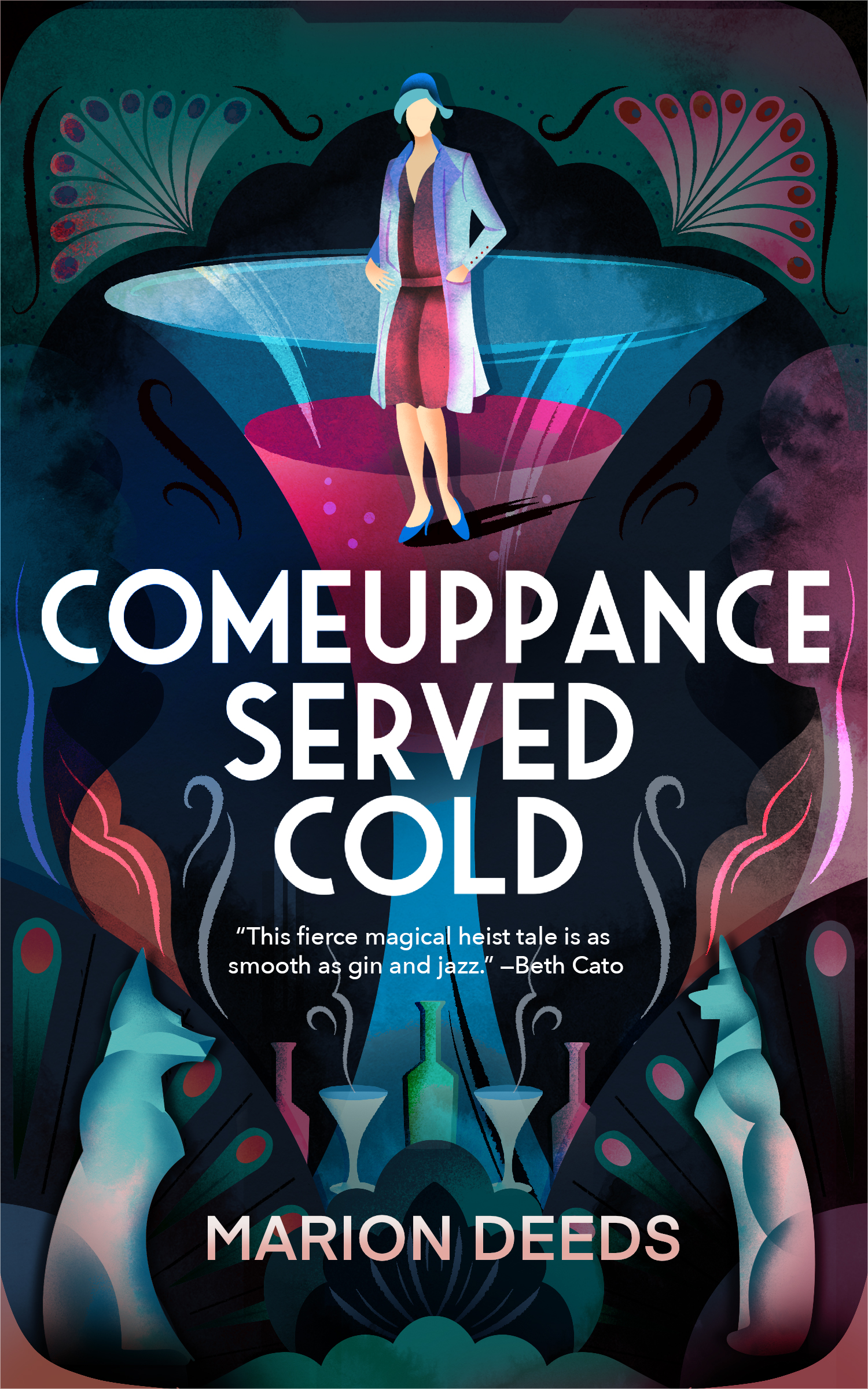 A respected magus and city leader intent on criminalizing Seattle’s most vulnerable magickers hires a young woman as a lady’s companion to curb his rebellious daughter’s outrageous behavior.

The widowed owner of a speakeasy encounters an opportunity to make her husband’s murderer pay while she tries to keep her shapeshifter brother safe.

A notorious thief slips into the city to complete a delicate and dangerous job that will leave chaos in its wake.

One thing is for certain—comeuppance, eventually, waits for everyone.

Review: I love novels set in the 1930s, so it didn’t take me long to get into this one. And then if you add mages to the story? Yes, it’s impossible to resist.

An influential mage in town is looking for someone to get his life back on track. It’s a win-win for our heroine, Dolly White, who is looking to join his house. Dolly is not the only character we follow, but she is the main one. We don’t know what connects all the characters, but little by little, with a timeline that is not linear from one chapter to another, we discover who they are to each other.

This type of format was quite intriguing and I had a good time with the characters.  It’s a fairly short novel, that we can read very quickly.