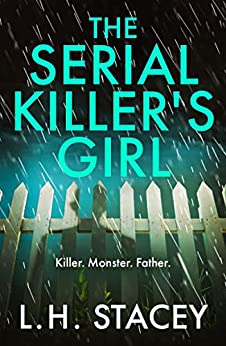 Synopsis: Lexi Jakes thought she could run from her past.

But when her biological mother is found dead, strangled with a red silk scarf and holding a chess piece, Lexi knows that her worst nightmare has come true. Because the murder has all the hallmarks of her own serial killer father, renown strangler Peter Graves.

Now with her own precious daughter’s life in danger, Lexi will do anything to keep her child safe…she is her father’s daughter after all.

Review: This synopsis intrigued me right away. The “serial killer’s daughter” aspect is appealing and I was curious to see how the author would handle this theme. But in the end it wasn’t what I expected.

Lexi is the daughter of a serial killer who was arrested. As a child, she was taken in by an orphanage with no contact with her biological mother. Since then, she has changed her name, married and had a child, away from the whole story. When a copy-cat kills her biological mother, Lexi understands that she is in danger. She decides to run away with her daughter, but nothing goes as planned.

I had a good time with the beginning of the novel, but then I had a hard time hanging on. The part about the relationship between Lexi and her husband takes up a lot of the story and I thought it was a shame. It’s not necessarily what I expected and the way he treats her annoyed me.

After a while, things also started to drag on and I preferred to give up…

11 thoughts on “DNF: The Serial Killer’s Girl by L.H. Stacey”