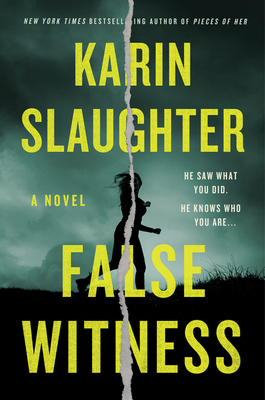 Leigh Coulton has worked hard to build what looks like a normal life. She has a good job as a defence attorney, a daughter doing well in school, and even her divorce is relatively civilised – her life is just as unremarkable as she’d always hoped it would be.

HIDES A DEVASTATING PAST

But Leigh’s ordinary life masks a childhood which was far from average… a childhood tarnished by secrets, broken by betrayal, and finally torn apart by a devastating act of violence.

BUT NOW THE PAST IS CATCHING UP

Then a case lands on her desk – defending a wealthy man accused of rape. It’s the highest profile case she’s ever been given – a case which could transform her career, if she wins. But when she meets the accused, she realises that it’s no coincidence that he’s chosen her as his attorney. She knows him. And he knows her. More to the point, he knows what happened twenty years ago, and why Leigh has spent two decades running.

AND TIME IS RUNNING OUT

If she can’t get him acquitted, she’ll lose much more than the case. The only person who can help her is her younger, estranged sister Calli, the last person Leigh would ever want to ask for help. But suddenly she has no choice…

Review: Leigh and Callie went through a traumatic event when they were younger: they killed a man, in self-defense, and hid the murder and the body. But the past is catching up with them now. Callie is living a life of her own and Leigh has become a great lawyer. Her latest case could change everything.

The boy they babysat when they were younger, the son of the man they killed, is back in their lives. He is accused of raping and torturing women and Leigh knows he is guilty. Worse, she knows he’s out for revenge, because even though he slept when he was younger, she knows he knows the truth.

Callie, Andrew, and Leigh each have their own agenda. As Andrew threatens both girls’ lives and everything they’ve created, Callie and Leigh will have to pull together all their resources to get through.

This was a gripping thriller and I couldn’t wait to find out how this story would end. It was heartbreaking, but so well done! I would recommend it to you!