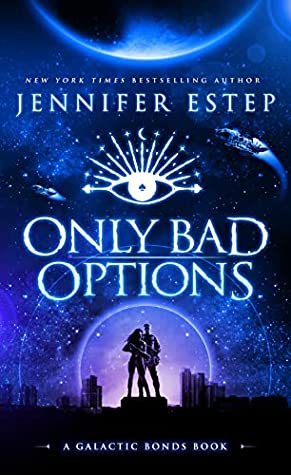 Synopsis: A WOMAN WHO SEES EVERYTHING . . .
Few people know the name Vesper Quill. To most folks, I’m just a lowly lab rat who designs brewmakers and other household appliances in the research and development lab at the powerful Kent Corp. But when I point out a design flaw and a safety hazard in the new line of Kent Corp starcruisers, everyone knows who I am—and wants to eliminate me.
I might be a seer with a photographic memory, but I don’t see the trouble headed my way until it’s too late. Suddenly, I’m surrounded by enemies and fighting for my life.
I don’t think things can get any worse until I meet Kyrion Coldren, an arrogant Regal lord who insists that we have a connection, one that could be the death of us both.
A MAN WHO CAN’T FORGET HIS PAST . . .
The name Kyrion Coldren strikes fear in the hearts of people across the Archipelago Galaxy. As the leader of the Arrows, the Imperium’s elite fighting force, I’m used to being a villain, as well as the personal assassin of Lord Callus Holloway. Even the wealthy Regals who live on the planet of Corion are afraid of me.
But everything changes when I meet Vesper Quill. I might be a powerful psion with telepathic, telekinetic, and other abilities, but Vesper sees far too many of my secrets.
Thanks to an arcane, unwanted quirk of psionic magic, the two of us are forced to work together to unravel a dangerous conspiracy and outwit the dangerous enemies who want to bend us to their will.

Review: I love Jennifer Estep’s novels and while I don’t read a lot of Sci fi novels, I have found a new interest in romanced sci fi. So when I saw the release of this novel, I was immediately very intrigued!

Vesper Quill is a lab rat in a huge company. But now, after investigating the crash of one of their last ships, Vesper discovers that a technical flaw is responsible. Her discovery is not to everyone’s taste! Yes, because the company representatives put the responsibility on the pilot and refuse to change their version. So, to make sure Vesper doesn’t say anything, they send her to the front to be killed. Unfortunately for them, she is going to meet the sexy and unbearable Kyrion Calde, a fearsome warrior who is not going to be pleased when he discovers that a bond has formed between him and Vesper. The easiest way to make it disappear? To kill her. Finally forced to join forces to foil plots and make their bond disappear, our two heroes will face off against great families who will do anything to bring them down.

This was a very enjoyable novel and I look forward to finding out the answers to my questions! And the ending? I am thrilled. I can’t wait to find out about the second volume. It was a great first installment, I loved getting to know the characters and I wonder how they will manage to deal with the aftermath of everything that has happened here.

10 thoughts on “Only Bad Options by Jennifer Estep”