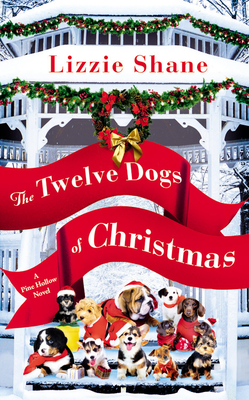 Synopsis: A delightful holiday romance about a small-town single dad and an animal rescue owner as they try to find forever homes for a dozen lovable pups before Christmas.

Pine Hollow has everything Ally Gilmore could wish for in a holiday break: gently falling snow in a charming small town and time with her family. Then she learns some Grinch has pulled the funding for her family’s rescue shelter, and now she has only four weeks to find new homes for a dozen dogs! But when she confronts her Scroogey councilman nemesis, Ally finds he’s far more reasonable — and handsome — than she ever expected.

As the guardian of his dog-obsessed ten-year-old niece, Ben West doesn’t have time to build a cuddly reputation. But he does feel guilty about the shelter closing. So he proposes a truce with Ally, agreeing to help her adopt out the pups. As the two spend more time together, the town’s gossip is spreading faster than Santa’s sleigh on Christmas Eve. And soon Ben is hoping he can convince Ally that Pine Hollow is her home for the holidays… and the whole year through.

Review: How can I resist a little Christmas romance? With dogs? No way!

Ally came back to town to help her grandparents with the shelter. What she didn’t expect was that Ben West, a city councilman, decided to stop the grants the city gives to the shelter. What to do? The first step is to place all the dogs, which is no easy task. And while Ben hates dogs, he feels bad about and agrees to help Ally.

Ben comes across as the grumpy one, Christmas’ Scrooge, but he also has a big heart and is trying hard to educate his sister’s daughter, who died in an accident. He refuses to let anyone help him, he would see it as a failure. He wants to be perfect, but it is not easy. One thing is certain, he refuses to let his niece have a dog. But the girl is determined to change his mind.

This was a very cute, lighthearted Christmas romance and I had a great time reading it!

8 thoughts on “The Twelve Dogs of Christmas by Lizzie Shane”