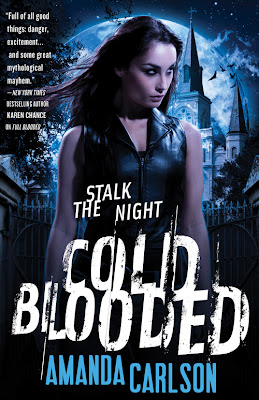 Jessica arrives back in town to find her best friend missing and the most powerful witch in the country is blaming her for it. But before they can move to save her, the group is attacked.
On the run, Jessica and Rourke head to the mountains. Several surprises await them, but in order to save her father they are forced to leave for New Orleans early.
Arriving on the Vampire Queen’s doorstep unexpectedly, and bringing trouble on their heels, the Sects are thrown into an all out war. The vicious skirmish ends up forcing the vamps and Jessica to fight on the same team.
The Vamp Queen ends up owing Jessica, but what Jessica doesn’t realize is just how soon she’ll have to cash it in.

Amanda is a graduate of the University of Minnesota, with a BA in both Speech and Hearing Science & Child Development. She went on to get an A.A.S in Sign Language Interpreting and worked as an interpreter until her first child was born. She enjoys playing Scrabble to an unhealthy degree, shopping trips to Ikea and has a great weakness for tropical beaches. She lives in Minneapolis with her husband and three kids.
website: http://www.amandacarlson.com