Thanks to TOR, we can present you an amazing giveaway today. And you know what? You can win 3 amazing books! Yes 3 anthologies: Twenty-First Century Science Fiction, Year’s Best SF 18, and Dangerous Women! Great, right? The giveaway is open to US&CAN only and ends on December 29th. 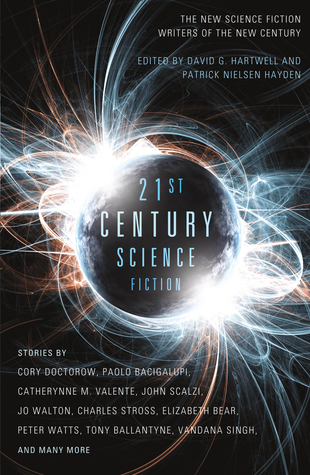 Twenty-First Century Science Fiction is an enormous anthology of short stories—close to 250,000 words—edited by two of the most prestigious and award-winning editors in the SF field and featuring recent stories from some of science fiction’s greatest up-and-coming authors.

David Hartwell and Patrick Nielsen Hayden have long been recognized as two of the most skilled and trusted arbiters of the field, but Twenty-First Century Science Fiction presents fans’ first opportunities to see what their considerable talents come up with together, and also to get a unique perspective on what’s coming next in the science fiction field. 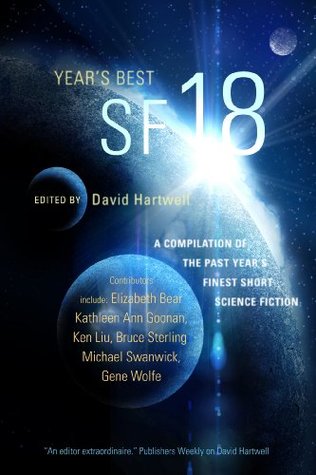 Once again, the finest short-form SF offerings of the year have been collected in a single volume.

With Year’s Best SF 18, acclaimed, award-winning editor and anthologist David G. Hartwell demonstrates the amazing depth and power of contemporary speculative fiction, showcasing astonishing short stories from some of science fiction’s most respected names as well as exciting new writers to watch. In this anthology, prepare to travel light years from the ordinary into a tomorrow at once breathtaking, frightening, and possible with some of the greatest tales of wonder published in 2012.
At the publisher’s request, this title is being sold without Digital Rights Management software (DRM) applied. 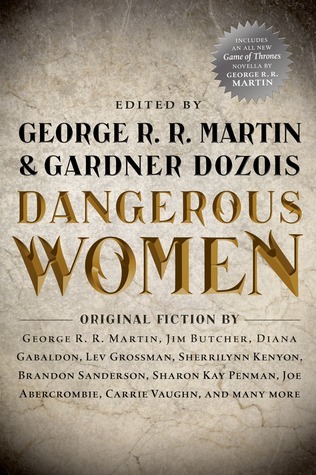 The Dangerous Women anthology contains following stories:
– Introduction by Gardner Dozois
– “Some Desperado” by Joe Abercrombie – A Red Country story
– “My Heart is Either Broken” by Megan Abbott
– “Nora’s Song” by Cecelia Holland
– “The Hands That Are Not There” by Melinda Snodgrass
– “Bombshells” by Jim Butcher – A Harry Dresden story
– “Raisa Stepanova” by Carrie Vaughn
– “Wrestling Jesus” by Joe R. Lansdale
– “Neighbors” by Megan Lindholm
– “I Know How to Pick ’Em” by Lawrence Block
– “Shadows For Silence in the Forests of Hell” by Brandon Sanderson
– “A Queen in Exile” by Sharon Kay Penman
– “The Girl in the Mirror” by Lev Grossman – A Magicians story
– “Second Arabesque, Very Slowly” by Nancy Kress
– “City Lazarus” by Diana Rowland
– “Virgins” by Diana Gabaldon – An Outlander story
– “Hell Hath No Fury” by Sherilynn Kenyon
– “Pronouncing Doom” by S.M. Stirling – An Emberverse story
– “Name the Beast” by Sam Sykes
– “Caretakers” by Pat Cadigan
– “Lies My Mother Told Me” by Caroline Spector – A Wild Cards story
– “The Princess and the Queen” by George R.R. Martin – A Song of Ice and Fire story