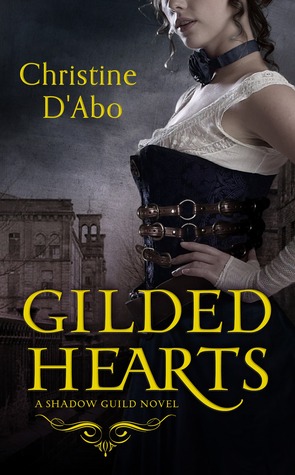 Synopsis: Samuel Hawkins, Sergeant in the King’s Sentry, has been called in to investigate a murder case. As he awaits the Archivists to arrive—the team who will use a special device to extract the memories of the dead man to help find clues to his murder—he never expects to come face to face with the woman he’d left behind when he’d fled the Archives five years earlier.

Review: Ah a Steampunk story involving Jack the Ripper, what more could I ask for? I love the mix especially as I was able to discover it in some other novels. But here in addition to that, we have a very intriguing world shared between archivists and the police under the orders of the king.

While Samuel ran for his life years ago from the Archives, he has now become sergeant on behalf of the king, a work that pleases him immensely. However, he is happy for this change of life even if he left behind his lifelong friend and childhood sweetheart Piper. But when some murders are committed in Whitechapel, and that Samuel is hired to investigate, he did not expect to see the young woman here to retrieve the memories of the deceased. And despite the time that has passed since they have lost sight, the feelings remake surfaces, even if they both know that nothing is possible between them. But while the murderer seems to belong to the Archives, our two heroes will have to team up to find the responsible before he kills more people. While trying to catch up, Piper tries to understand why Samuel left her without ever looking back. But the man must not only face the wrath of the Archivist, but he also need to face the demons he tried to flee and who come back towards him.

I liked the ideas of the Archives, concentrating all the memories of people who have been murdered but it is true that I was curious to know how the trick worked exactly. Yet I might have appreciated more information, because I’m still in the end a little in the dark about certain points. I also made many assumptions about the reason for the departure of Samuel from the Archives and I confess that I had not imagined for one second that the truth was indeed much more complex than anything I could have supposed. In terms of the relationship, it is true that it was a bit frustrating to see that they still retained to do what they really wanted, while at other times they were completely released. I had a little trouble understanding how they went from one extreme point to another in no time. We also discover their past all along the story with some flashbacks and it was interesting to learn a little more about the character this way. The survey is also interesting and it allows us to immerse ourselves in a new world and to try to understand the subtleties and although I admit that sometimes the whole is a bit too long, I enjoyed learning more.

A new life awaits our characters at the end of the novel and I’m curious to see what they will do.