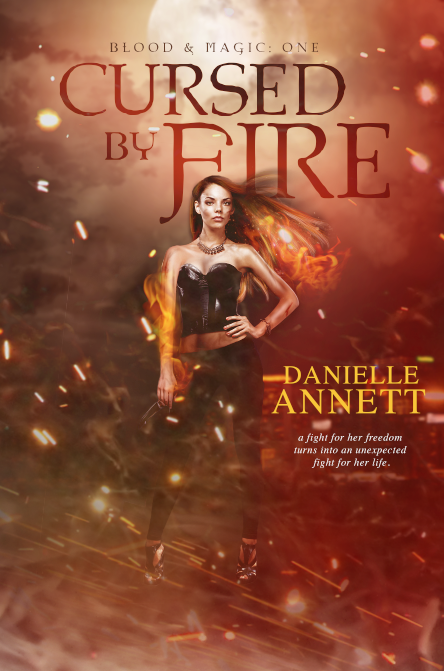 It has been six years since the Awakening and peace in Spokane, Washington is still tenuous at best. The vampires and shifters are all vying for control of the city and the humans seem to be the ones suffering the consequences, or so it seems.

Aria Naveed has spent the last two years of her life fighting to make the many wrongs of the world right, but soon finds out that the humans aren’t as weak as they appear and may be a more terrifying foe than any of the other races combined.

When a stranger rolls into town with trouble on his heels, Aria finds herself trapped in the middle of a battle that could cost her more than she has bargained for as a fight for justice turns into an unexpected fight for her life.

“Mike you and I both know that that isn’t going to happen so why don’t you just tell me what fur ball they’re going to saddle me with.” I said as I collected my stack of papers and organized them into a semi-neat pile.

“God I hope that whoever it is that he isn’t a complete moron. If I’m going to be stuck with a pack partner, the least they can do is send me someone competent.” Mike noisily cleared his throat again.

“What?” I asked, looking up from my desk.

I was greeted by a tall man standing just inside the office, casually leaning against the doorframe. He had tousled brown hair and steely grey colored eyes. High cheekbones and a strong jaw formed his masculine face and a hint of stubble dusted his jaw line, not enough to appear unkempt but just enough to give a roguish impression. Dressed in black jeans, a black T, and a black leather jacket, he oozed tall, dark and handsome with deadly intent.

“That would be this fur ball right here.” He said, an arrogant grin lifting the corner of his mouth. I let my head fall to the surface of my desk, then for good measure I gently knocked my forehead on its smooth surface, one, two, three times. Dammit I couldn’t believe I had just called him a freaking fur ball! I could feel my cheeks warm in embarrassment and did my best to hide it.

“You all done with the show?” He asked as I lifted my head from the desk. I glared at him for good measure and then allowed my head to connect with the desk’s surface once more before sitting up. rubbing the slight sting away “Yea, I’m done.” I told him. Well, at least this wouldn’t be as bad as I had thought. James was the only shifter that I actually personally knew and was one of the few individuals I considered a friend. I met James about six months ago at a shifter bar downtown, though at the time I didn’t actually know that it was a shifter bar.

A group of coyotes had decided I was easy prey and were giving me a pretty hard time. James had intervened before things got out of hand which basically meant that he stopped me from wiping the floor with their coyote asses and burning the entire building to ash. It was probably a good thing that he had stepped in but I remember being furious with him at the time, I had really wanted to give those bastards a piece of my mind and show them that I wasn’t just some naive little girl. That was back when I was still cocky over my abilities. Things had changed since then and the thought was sobering. Now being a pyrokinetic was something I had to hide and honestly, that just plain sucked.

I smiled at that, James knew me all to well.

Grabbing my messenger bag I followed James out of the office, aware of Mike’s unapproving gaze on my every step.