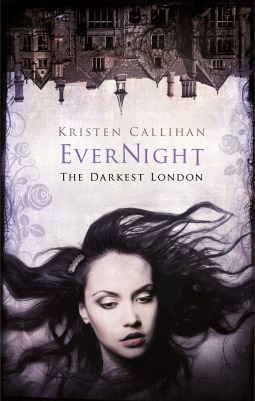 Synopsis: Holly Evernight belongs to a very special family of inventors. They have nobly served the Society for the Suppression of Supernaturals for generations. And Holly may have the most special creative powers of them all. But her skills are about to be tested as she tries to save the life of a half-man-half machine whose clockwork heart is ticking down to the bitter end…

Review: I was excited to discover this new novel by Kristen Callihan. Indeed, I had a great time with each book in the series and it’s always a pleasure to immerse myself in a new Darkest London story. Every time I finish a new volume I remember why I adore this author that much. She has an undeniable talent for making a spicy romance and a plot that takes us in suspense from beginning to end.

So this time we follow a new couple: William Thorne and Holly Evernight. A year ago, under the control of one man, Holly has deprived William of his heart and implanted instead a clock. Since then, William has vowed to kill the young woman and now he decides to act. However this year and this device have changed him, and he became a savage killer that nothing and no one can help or it is in any case what he believed. Indeed, during his attack, he realizes that a gesture from Holly is enough to allow him to regain his senses a bit. He therefore decides to make a pact with her, he will help her find the person who wants her dead and will protect her as best as he can but in turn, she agrees to help him stay sane by her touch. But while they were enemies at the beginning of the story, something will arise between them along the chapters and it was very touching to see them evolve together.

Holly is a young woman plagued by guilt for what she did to William Thorne and remained for more than a year confined in her home to work on all mechanisms and inventions. When the young man comes to her, she finds herself compelled to help him more than she would have thought. But while working together, William could help her at all levels. But they will also discover the secrets of the Williams’s life, something that could change the situation. I loved Holly, she is pragmatic, trying to keep her cool at all times and has a real heart of gold! Even if it is very difficult for her, she is capable of many things to help those she loves. Regarding William, we can say that it is the opposite end. He does not think a lot before acting, remains impulsive and does not hesitate to speak his mind. Together they will create a truly dynamic duo!

Their story will not be easy but it will evolve over the chapters and the author presents us some beautiful turning situations several times. I confess that I did not expect such a culprit and I was surprised to see that finally all the stories are linked together in a rather surprising way. I was a bit scared by the turn of the conclusion, but I’m finally happy and very eager to read the next novel, which I’m sure will be a pure delight. If you do not know the series, I can only advise you to try it, it is a fabulous discovery.

39 thoughts on “Evernight by Kristen Callihan”