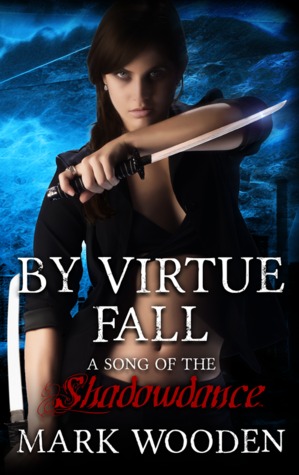 Synopsis: During the Terror of the French Revolution, the Daughters of Lilith, a cult of female vampire assassins, make noblewoman Adriana Dupré one of them. They later manipulate her into killing her ancestors and set her younger sister Dominique, now also a vampire, against her. Adriana swore revenge.

The centuries passed, taking Adriana’s bloody vengeance into the modern era. She encounters Dwyer Strathan, a dark sorcerer who poses as a Hollywood bad boy. He offers her a deal: if she retrieves the three mystical relics called the Vyntari shards for him, he will give her the information she needs to destroy the Daughters and redeem her sister.

The deal sends Adriana from the soulless glamor of Los Angeles to the seedy underworld and haunted forests of Berlin. She combats werewolves, a golem and the Knights of Vyntari, warrior sorcerers charged with the protection of the shards.

The knights challenge Adriana to consider what good has come from her violent path of vengeance. Might there be another way towards salvation? And is the redemption of her sister worth giving Strathan the power of the shards – the power to enslave the world?

Review: I have mixed feelings about this one. Really, I thought I would like it, because the beginning was more than enjoyable. But around half of the book, it started going round in circles and getting more and more boring, so after much than 20% from the end I decided it was enough and skipped pages only to read the final lines, to know how all this ended.

I won’t write a summary myself because the one on the back cover is explicit enough. Actually, it even is a bit spoilery because it pretty much sums up the whole book. But for once I was glad the blurb gave out so much, because otherwise I would have quickly lost track of the storyline. Although action packed, the beginning is quite slow plotwise so it was a good thing I knew beforehand where the author wanted his story to lead, so that I didn’t feel lost.

The beginning was very interesting though! As I said before, I very much enjoyed the first half of the story. The mythology developed in this series is very interesting and diversified; you will find not only vampires but also sorcerers, werewolves, golems, etc. I also really liked the setting: it takes place in various places in the world, including France, Los Angeles, Berlin and others I forgot, but I found it really great that the story wasn’t set only in the US (not that I have anything against the US, don’t get me wrong, but almost all urban fantasy novels take place there). Also, the author mixes past and present very well, including supernatural bits in real historical events like the French Revolution or the Third Reich in Germany. It was very well done and I enjoyed that a lot.

The first half of the book is also where we get introduced to Adriana, the heroine, a ruthless vampire hungry for bloody vengeance. We get to know how she changes from the nice aristocratic girl with a love for music to this heartless creature. I didn’t like Adriana the vampire that much but I did really enjoy the flashbacks from her past.

So, what happened in the second half to make the story go so down? Well, around 40% Adriana finally makes this deal mentioned in the blurb and I thought: “awesome, now the real story is going to start!” But… no, it didn’t. Almost all this second half was about fighting, fighting, fighting and… did I mention fighting? Really, action is nice but not when it takes everything over plot development.

Also, I didn’t find many of the things that were mentioned in the blurb: the thing with Adriana’s sister seemed very important, while in the book the sister is barely mentioned. And Adriana’s meeting with the Knights of Vyntari only happens at the very end (when I had already started skipping pages). Really, what I’ll remember of the second half of this book is that Adriana fights all the time, and doesn’t mind injuring and killing people, even innocent people. That’s all.

So, in the end, I have to say I am very much disappointed with this one. The beginning was promising, but unfortunately the good first half doesn’t make up for the boring second half. This is where the plot should have developed and become even more interesting, but instead action took it all. I have an ARC of book two, but honestly, I don’t know if I will read it, given that I struggled so much to finish book one.

I recommend this book to you if: You like action (really really like it), and want to read a story with ruthless vampires.

21 thoughts on “By Virtue Fall by Mark Wooden”