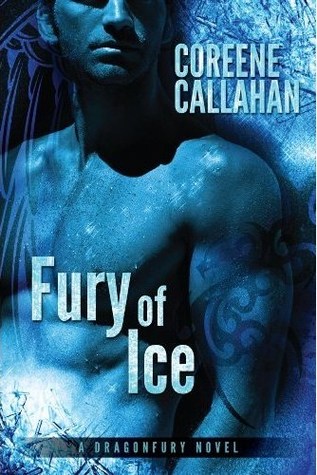 Synopsis: Homicide detective Angela Keen thrives on the city’s rough streets. But when she becomes the prize of all prizes in the dragon-shifter world due to her “high-energy” status, she gets more than she bargained for. Kidnapped by Lothair of the Razorback clan, Angela barely survives captivity before managing to escape. Hurt and alone with nowhere to hide, she faces certain death when Lothair uses the trace energy she leaves in her wake to hunt her down. But before he can reach her, a mystery dragon-shifter intervenes and saves Angela’s life.

Now a guest of the Nightfury clan, Angela regains her strength as her rescuer, Rikar, the last living frost dragon, gradually breaks down her mistrust. Surrendering to her desire for Rikar, but still uncertain of her feelings, Angela goes against his wishes and agrees to be used as bait to lure Lothair into the open. As the battle commences, the true struggle comes from within: Will Angela return home to the life she loves, or forsake it all to be with Rikar?

Review: I liked the first book and I admit that I was curious about this second volume. However, I think that with the novelty of the previous novel, I was a bit less hooked by this story, but I will return to that later.

We follow Rikar this time, Bastian’s friend, and Angela, the police officer that we had discovered earlier. But I must say that all the characters that we know from the first volume are there too. Thus we find Forge (for whom I have a soft spot I admit) throughout the story but also Bastian or her mate, Myst. It was very nice to see how they continued to evolve together. But the story as I said is focused on our new couple, what Angela has to bear to escape the dragons enemy, the difficulty that Rikar had to stay there without being able to help her and of course on their relationship. But we also have the appearance of a new very different dragon from what we had seen before and I admit that I liked to see what he was capable of. So, we will have once again a vision of the war between the two clans and the consequences on humans. Besides, we have a little story about Myst ‘s friend, Tania, and I think that it will have a big impact in the future.

It was a pretty nice to discover the novel as well as reading it but it’s true that it does not really revolutionize the genre, which was a shame for me I have to admit it. Although that I liked the characters and discovering their history, the romance did not particularly touch me, I was more curious to see what would unfold with other protagonists of the story. I think that I wanted something more but it was still an enjoyable read. Rikar and Angela are quite quiet but they went through many obstacles to finally be together. It must be said that Angela was a strong woman but who will break gradually with all she has to endure.

To conclude this was a nice vokume but I expected more. I’ll take a look of the reviews for book 3 before knowing if I will continue or not. But even if I seem negative, as I said, it was still a nice novel to read.

22 thoughts on “Fury of Ice by Coreene Callahan”