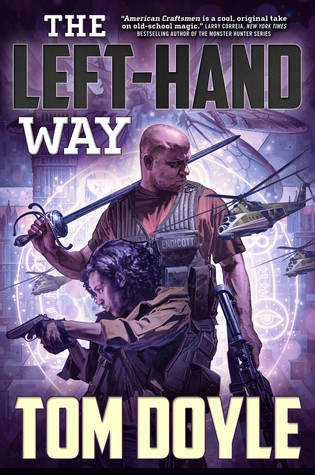 Synopsis: Tinker, Tailor, Soldier, Spy meets ancient magic, with the fate of the world hanging in the balance

Review: I did read the first volume and had a lot of fun with the story. I confess that I did not remember all the details of the book but that’s why I loved the introduction that the author has added before the first chapter! Oh yes, because it allows us remember what has happened before and the details of the world created. This is not something that we often see in novels, but I found it fantastic to let the reader the opportunity to recall the events.

Let’s go back a little more precisely to the story … We find the characters that we have discovered previously with great pleasure. Yes, we follow alternately Scherie, Endicott and Dale throughout their adventures. We also have some parts from the evil Roderick who reveals his plans over the chapters. It must be said that he is determined to remove and destroy all our protagonists. While the three are trying to uncover him to do the same, they will face many trials. Each in a part of the world, Dale will have to try to manage some ghosts, Scherie faces the spirits that haunt her and so understand a little more about her powers, and finally we also have Endicott. It was a pleasure to discover a bit more about him in this volume. Thus, he meets with a young woman there and we see their relationship evolve at the same time over the chapters.

It was very interesting to discover the actions of each, to see how they would all act in front of the demons that pursue them. The world that Tom Doyle has created is really fascinating to discover and I loved the fact that we found so many places throughout the story. Oh yes, from Istanbul to Tokyo, via Greece, France or Ukraine and the United States, we have a lot of places and events to discover. As I said, we learn a little more about Endicott here, and it was interesting as we had a more chance to see Dale and Scherie before. It was also fascinating to understand Roderick and the plans he was trying to stage.

I will not say much more for fear of revealing too much, but I would recommend this series that we can read with pleasure.

24 thoughts on “The Left-Hand Way by Tom Doyle”