Kate has come a long way from her origins as a loner taking care of paranormal problems in post-Shift Atlanta. She’s made friends and enemies. She’s found love and started a family with Curran Lennart, the former Beast Lord. But her magic is too strong for the power players of the world to let her be.

Kate and her father, Roland, currently have an uneasy truce, but when he starts testing her defenses again, she knows that sooner or later, a confrontation is inevitable. The Witch Oracle has begun seeing visions of blood, fire, and human bones. And when a mysterious box is delivered to Kate’s doorstep, a threat of war from the ancient enemy who nearly destroyed her family, she knows their time is up.

Kate Daniels sees no other choice but to combine forces with the unlikeliest of allies. She knows betrayal is inevitable. She knows she may not survive the coming battle. But she has to try. 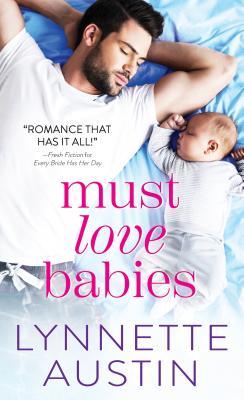 Brant Wylder is a bachelor and loving it! He’s in Misty Bottoms, Georgia, property-hunting for his vintage car repair shop when he gets the call. His sister’s been in an accident, and Brant has to drop everything and take care of his five-month-old nephew. That’s the end of the bachelor lifestyle.

Bridal boutique owner Molly Stiles is all business all the time, until she sees that Brant’s in trouble. In this Southern town, nobody ever has to go it alone. And besides, how can she resist that beautiful baby in the arms of a beautiful man…? 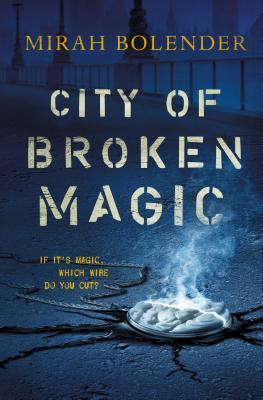 Five hundred years ago, magi created a weapon they couldn’t control. An infestation that ate magic–and anything else it came into contact with. Enemies and allies were equally filling.

Laura, a new team member, has stayed alive longer than most. Now, she’s the last–and only–sweeper standing between the city and a massive infestation.

A woman with power over fire and illusion and an enslaved son of a chieftain battle a corrupt empire in this powerful and deeply emotional romantic fantasy from the USA Today bestselling author of Radiance.

Every year, each village is required to send a young woman to the Empire’s capital–her fate to be burned alive for the entertainment of the masses. For the last five years, one small village’s tithe has been the same woman. Gilene’s sacrifice protects all the other young women of her village, and her secret to staying alive lies with the magic only she possesses.

But this year is different.

Azarion, the Empire’s most famous gladiator, has somehow seen through her illusion–and is set on blackmailing Gilene into using her abilities to help him escape his life of slavery. And unknown to Gilene, he also wants to reclaim the birthright of his clan.

To protect her family and village, she will risk everything to return to the Empire–and burn once more.