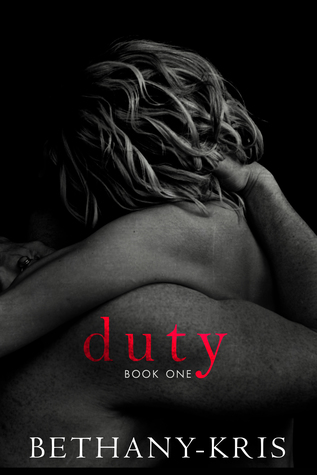 Synopsis: They say heavy is the head that wears the crown …

Andino Marcello’s world is turned upside down when he becomes the next heir apparent to the Marcello empire. He was comfortable in his place as a Capo, but comfort is for the weak in the world of mafioso. The boss’s seat is waiting. It takes meeting a tattooed beauty who has no idea who Andino is or the criminal legacy he now carries beneath his three-piece suits, and charming smile for him to finally bend the rules set out for him. That doesn’t mean he can keep her.

They say things that never challenge you won’t change you …

Haven Murphy is doing her own thing, and she does it well. The owner of a successful Brooklyn strip club, she makes it her only goal to never fail. She’s just trying to live her life when a morning jog puts her face to face with a man that will change the direction of her life with a single conversation. She knows there’s a dark side to him beyond his good looks, and three-piece suits, but it’s hard for her to care when she wants him. That doesn’t mean he can be hers.

Because duty waits on no one.

Review: I read few novels about the mafia, but I admit that I was very intrigued by this one. I discovered that the author wrote several series on the characters that we cross throughout the book but we can read this series without reading the others. Although I must confess that I am very curious to discover the books of the other protagonists too!

Andino is not a good man. He knows it and it does not bother him. It’s a good capo, a very good one, so when he learns that he was chosen to take the place as the head of the family, his life is turned upside down. He does not want it, he has not been asked for anything, but he knows that he has no choice, just as he has to find a woman to go with that lifestyle. But not any woman, a Catholic and Italian one and it is not negotiable. So when he meets Haven who is far from all that, he knows things are not going to end well. And yet, he can not get away from her. But while he tries to manage all the problems of his work and more, things will only get complicated.

I really had a good time with Haven. She is a strong young woman who knows what she wants. Her sucess? She owes it only to herself. But here Andino turns her head and if she does not know who he is, she will quickly realize that something is wrong. I was sad for her even if I fully understand her choices throughout the novel. And Andino? Oh sure it’s a dark character, but even if he resists his family, it’s not easy.

The end could not be otherwise and I must admit that I am really impatient to read more to discover what the characters will do after such an end.

8 thoughts on “Duty by Bethany-Kris + Giveaway”