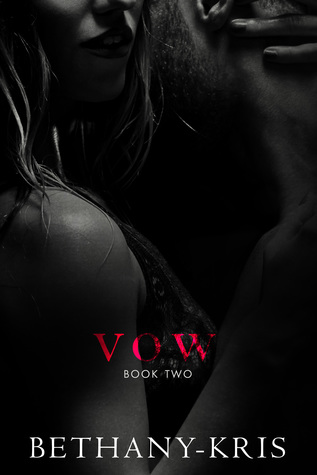 Synopsis: They say it’s always the one you least expect …

Andino Marcello made his choices—the right ones for duty and famiglia. But even the right choices have consequences. He’s never been more aware of that fact than he is now. The thing is, Andino isn’t the same man he once was. The mafia wants what it wants. He’ll push until they all break. Even her.

Haven Murphy needs to move on—from her pain and the man who caused it. But the faster she tries to run, the more things stay the same. She never thought it would end like this for them. The thing is, Haven isn’t the same woman she once was. The heart wants what it wants. She’ll fight until it all lets go. Even him.

How far will he go for love?
All the way to the very bitter end.
That’s his vow.

Review: After the end of the first volume, I was curious to find out what was going to happen for Haven and Andino. It must be said that things had not ended in a very pleasant way for them. Between duty and love, things are really complicated.

Haven tries to sell everything so she can leave and help her mother who is very sick. Leaving will finally allow her to put an end to the story she had with Andino and to move forward. But now, he does not seem to agree with that and does everything he can to force her to stay. It’s terrible because she can not move forward and she realizes it perfectly. In addition to that, the consequences of the previous volume are there and the war is coming, unless there is another solution …

I really had a great time with this novel, but it also broke my heart. I understand that Andino does not want to let her go and that he loves her but, wow, it’s hard to see how he hurts her every time. I even shed a few tears during the story. They both love each other, but life doesn’t work as they want and things get worse and worse.

It was a nice conclusion to their romance, very intense too and I admit that I am curious to see what will happen with the other characters now!

14 thoughts on “Vow by Bethany-Kris”