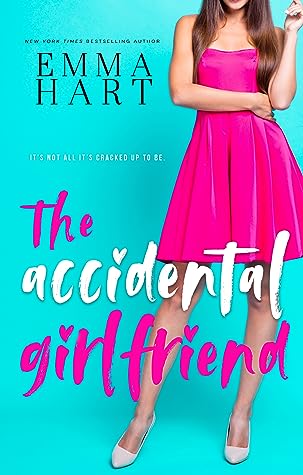 Synopsis: Top Tip: Don’t put out an online ad offering your services as a fake date. Someone will take you up on it.

And it won’t just be for one night.

And that, ladies and gentlemen, is how I ended up being Mason Jackson’s fake girlfriend.

He didn’t even want me to be. No—his sister was solely responsible for me being his date for his ten-year high school reunion.

Now, she’s responsible for telling his parents our relationship is real.

We have no choice. We have to act like this isn’t all a mistake, like it’s not all fake, like we’re totally, completely, utterly, head-over-heels in love with each other.

Review: I was really curious and eager to discover this new novel by Emma Hart. So you understand that I was very pleased to get into this new story.

Lauren is a young woman who is very happy to be single, she doesn’t need anyone. But when her friends challenge her to offer to be a fake girlfriend for an evening on the Internet, she doesn’t hesitate for long. Yet she didn’t expect anyone to answer so quickly. Worse than that, it was the man’s sister who wrote to her to ask her to accompany her brother, Mason, to his 10-year anniversary meeting of his university. But there will be his ex, and his sister wants someone to be there to support him. It was only supposed to be one night, but when the same sister announces their relationship to her family, Mason has no choice but to ask for her help again.

I had a good time with the novel. Lauren is sarcastic, has a sharp tongue and does not hesitate to say what she thinks. Mason’s family is really funny and I enjoyed seeing them together. Well… they’re both determined not to have a relationship and yet they may well be surprised! These two characters are great and I smiled a few times. And did I tell you about Henry the cat? He’s just awesome and unbearable!

As I said, it was another good discovery and I look forward to reading the next book she will release!

15 thoughts on “The Accidental Girlfriend by Emma Hart”