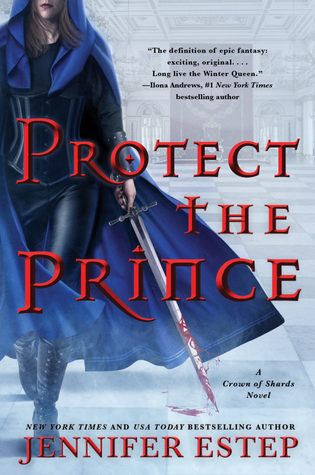 Synopsis: Everleigh Blair might be the new gladiator queen of Bellona, but her problems are far from over.

First, Evie has to deal with a court full of arrogant, demanding nobles, all of whom want to get their greedy hands on her crown. As if that wasn’t bad enough, an assassin tries to kill Evie in her own throne room.

Despite the dangers, Evie goes ahead with a scheduled trip to the neighboring kingdom of Andvari in order to secure a desperately needed alliance. But complicating matters is the stubborn Andvarian king, who wants to punish Evie for the deaths of his countrymen during the Seven Spire massacre.

But dark forces are at work inside the Andvarian palace, and Evie soon realizes that no one is safe. Worse, Evie’s immunity to magic starts acting in strange, unexpected ways, which makes her wonder whether she is truly strong enough to be a Winter Queen.

But Evie’s magic, life, and crown aren’t the only things in danger—so is her heart, thanks to Lucas Sullivan, the Andvarian king’s bastard son and Evie’s . . . well, Evie isn’t quite sure what Sullivan is to her. Only one thing is certain—protecting a prince might be even harder than killing a queen…

Review: I had really had a great time with the first volume and I was looking forward to discovering what the author would bring to this second one. This was all the more the case as I did not expect the story to go that fast in the first volume.

As Queen, Everleigh has to deal with a whole bunch of new problems, and for the moment there are a lot of them! The nobles do not want her, assassination attempts are increasing and Evie has to go to the kingdom of Andvarie to try to establish an alliance and save her people. However, this trip holds many surprises for our heroine!

I really had a great time with this novel and I was completely carried away by the story. Evie evolves and changes over the course of history, she becomes the queen she must be even if some choices are very difficult. We also see the evolution of her power and what she can do and I found it really fascinating! Besides, I’m curious to see how far all this will go!

It was once again a great novel and I found the author’s ideas catchy and the story well paced! I look forward to discovering more once again!

19 thoughts on “Protect the Prince by Jennifer Estep”