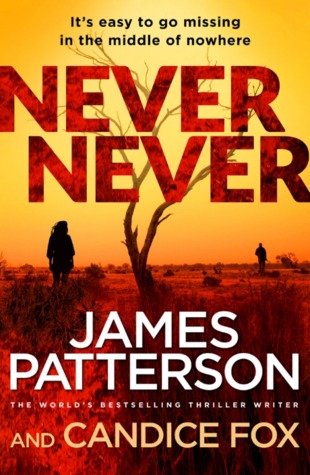 Synopsis: When Sydney police department sex crimes detective Harriet Blue is called into her boss’s office, she never imagined it would be to tell her that her brother is the prime suspect in the brutal murders of three women.

Review: I really like James Patterson’s novels: exciting thrillers, very short chapters, and intriguing stories! So I was delighted to start a new series!

We find ourselves in a new book featuring Harriet Blue, sister of a man who has just been arrested as a serial killer. To put her out of the spotlight, her boss decides to send her far away to a uranium mine to investigate the disappearance of one of the employees. But here’s one problem: it really won’t be easy for her to put aside what’s going on with her brother, and this new investigation could also be much more difficult than expected.

I had a really good time with this novel and I was curious to see how it was going to play out. One thing is certain, I never want to work in a uranium mine because of the descriptions, but well I already knew about that. In any case, I really enjoyed discovering Harriet but also her new coworker who also has his own story.

I’m very curious to see what the outcome will be anyway!