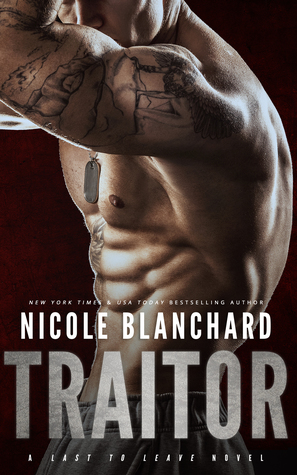 Synopsis: This elite group of U.S. Marines are the last to leave a fight…or the women who steal their hearts.

She trying to take back her life…

Peyton Rhodes has lost everything. Three years ago, her family was violently murdered while she narrowly escaped. Now, she’s conquered the resulting agoraphobia and is determined to wipe the slate clean. Her new beginning may be over before it starts when she is the only witness to a gruesome murder.

He may as well be dead…

Former U.S. Marine Ford Collier is back in the states after a perilous deployment without his team, his career, or the respect of his country. Secluded in the mountains of North Carolina, Ford doesn’t want anything to do with the murder in his backyard–or the pretty blonde artist who accuses him of the crime. Even if he hadn’t been at the scene of the murder, Peyton would still be terrified of a man like him–a man with violence in his blood.

The only way they’ll survive is together.

As dangerous complications arise–and passion heats up–it will take learning to trust again for Ford and Peyton to make it out alive.

Each of our two characters had to go through a lot of hardships, but as they try to rebuild themselves, they have to deal with a lot of problems that could make them dive again.

I liked the ideas and the characters with their weaknesses, however, I did not manage to really go into the story … I hesitated to stop the novel, but I was curious to see how the story was going to end. It was an interesting reading in general, but it was not for me. I did not have managed to hang on to this novel.

15 thoughts on “Traitor by Nicole Blanchard”