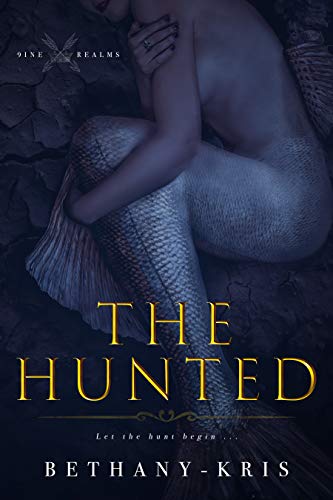 After witnessing the murder of his mother by a mermaid, Prince Eryx Bloodhurst of Atlas makes a deal to sedate his need for vengeance: they’ll catch the mermaid who did the deed, but he’ll pay for it with his crown.

Arelle, third princess of the Blu Sea, has never known the true cruelty of the forbidden lands firsthand, but she will soon. The halfling prince with murder in his eyes and the sea’s songs in his blood will make sure of that.

He should kill her.
Perhaps, keeping her might be worse.

Two kingdoms are falling. One king is losing it all and another threatens to ruin everything. The rules of the land and sea are changing. Secrets of the past are spilling.

And all because of a prince and his little mermaid—whether they live or die—nothing in the realm will ever be the same.

Review: This is a series by Bethany-Kris and after discovering her mafia novels, I must say I was really intrigued to discover her in another genre. And how could I resist a retelling story, especially one of The Little Mermaid? I couldn’t!

Arelle has always been intrigued by the world, a world she has no right to discover. But when her sister takes her much further than they are allowed, and they stop the suffering of a captive mermaid who asks to be killed, they don’t expect their world to be completely turned upside down. Because indeed, the son of this mermaid (who lives on the land) is determined to take revenge even if he does not know the truth about this act and he will do everything to find his mermaid and make her pay!

It was an interesting novel and I really enjoyed following the main plot which is full of revelations and twists. Apart from that, I sometimes had a little trouble with the relationship between Eryx and Arelle which is sometimes a little unhealthy. Anyway, I was curious to see what was going to happen and I wonder what the next step will be because there will be many upheavals to come!

A rather nice fantasy novel.

11 thoughts on “The Hunted by Bethany-Kris”