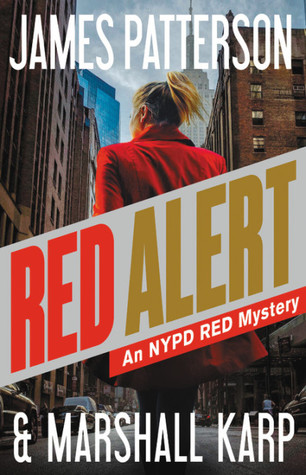 Synopsis: In the city where crime never sleeps, neither does NYPD Red.

NYPD Red is the elite, hard charging, investigative task force called in only for New York City’s most high-profile crimes. Detective Zach Jordan is the best of the best, a brilliant and tireless detective. He puts professionalism above all, ignoring his feelings for his partner Kylie MacDonald, the woman who broke his heart when they first met at the police academy. After solving a brutal string of murders during the Hollywood on Hudson film festival, the scandalous hazmat killer case, the mysterious kidnapping of a billionaire businessman’s son, and a shocking jewel heist at a Manhattan movie premiere, Zach and Kylie return to face the most dangerous criminal of their careers.

Review: I really like James Patterson’s novels, he writes thrillers that keep us in suspense, all with very short chapters, so you read the story in no time. So you can imagine that I was very happy to get into this new novel.

I had a good time overall with the story, but I think I really lacked the storylines of the other novels to understand it all, because many things were still a bit fuzzy. Apart from that, I really enjoyed finding out who did it and why, because it was a real surprise for me. The duet Zach / Kylie is quite nice and I liked very much also the psychiatrist girlfriend.

In short, a nice novel, but I advise you to read the previous novels first.