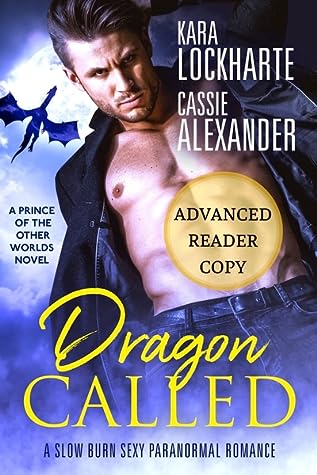 Prince of the Other Worlds, Book 1

Synopsis: It’s always a bad idea to fall for a hot mysterious billionaire with a spooky castle.

Especially when you find out he’s a dragon.

Night nurse Andi Ngo was desperate for money to bail out her idiot brother. A one time nursing gig seemed like the perfect deal: lots of cash, no questions asked. Even when her employer turns out to be the notorious billionaire Damian Blackwood, Andi is determined to keep quiet and finish the job.

But when Damian saves her life from a monster, there’s no forgetting what she saw — not his insanely superhero physique, not the hungry way he looks at her, like she’s some priceless treasure to be possessed, and definitely not the fact that he’s got another hidden self; he’s an honest-to-god dragon.

After a night of monsters and mayhem, he takes her home in his fancy sports car and….asks her for a date.

The expensive well-tailored suit can’t disguise the fire in his eyes and wildness in his savage smile.

She should say no.

What if she says yes?

Review: I really enjoyed the novels I read by Cassie Alexander, so when I saw that she was releasing a new series written in conjunction with Kara Lockharte whom I didn’t know yet about, I must admit that I was curious.

Andi is a nurse, but she has debts that she has to pay back so she is looking for new opportunities. When she is offered a night’s work in exchange for a large sum of money, she doesn’t hesitate for long. And if she is not allowed to ask questions, it is difficult for her when she arrives at the billionaire’s home. Indeed, Damian Blackwood seems to hide many secrets, including his nature as a dragon.

It was a nice paranormal romance novel. The relationship between Damian and Andi is not necessarily very simple, but it was nice to follow them. Besides, how can you resist the dragons? Impossible, right?