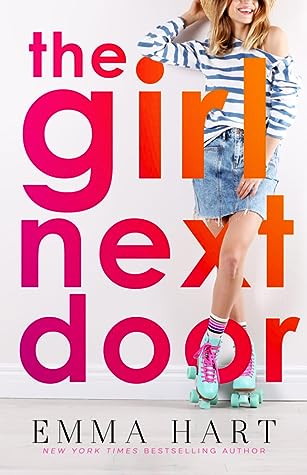 The Girl Next Door, Book 1

Synopsis: One accidental pregnancy. One fake husband. What can go wrong?

There’s nothing like starting your Monday morning with a positive pregnancy test.
Trust me, I know. Because I’m looking at one right now.
All I can think is: Oh, hell. My grandmother is going to kill me.
This might just send her to an early grave, so there’s only one option—pretending the father is my new husband.
If only he’d agree to fake it.
Kai Connors was supposed to be nothing more than a one-night stand. A long, dirty, one-night stand fueled by one too many tequila shots, where the only promise was to never speak of it again.
But if my unfairly sexy next-door neighbor gets his way, this fake marriage could turn out to be very, very real…

Review: I love Emma Hart, so when this novel came out, I was more than eager to dive into the story.

Ivy didn’t expect to wake up early in the morning and find out she was pregnant. In a Catholic family, it’s not easy and she knows her grandmother will take it very hard. What better way to handle it than to say that Kai, the father of the child, is her husband. At least she’ll have some peace while she’s trying to make things right. But Kai has had feelings for Ivy for a long time and he finally sees the chance to win her heart even if it will be far from easy!

It was quite a nice novel and I liked to see how determined Kai was to charm Ivy. He’s going to do everything he can to make her feel comfortable and help her no matter what happens. The idea of pregnancy was pretty cool, especially since I haven’t read many novels about it. On the other hand, it’s true that among the author’s many novels, I didn’t get so hung up on it so much and I also found the ending a bit abrupt.

So I had a good time, but it wasn’t her best.

9 thoughts on “The Girl Next Door by Emma Hart”